Please ensure Javascript is enabled for purposes of website accessibility
Log In Help Join The Motley Fool
Free Article Join Over 1 Million Premium Members And Get More In-Depth Stock Guidance and Research
By Jeremy Bowman – Apr 20, 2019 at 7:37AM

The leading streamer has rapidly turned into a global business.

With the upcoming launches of Apple (AAPL -2.63%) TV+, Disney's (DIS -3.22%) Disney+, and AT&T's streaming service, the field is going to get crowded -- those entries join Hulu, Amazon, and others vying for cord-cutter dollars.

Investors clearly fear the threat these services pose to Netflix, as the stock fell 4.5% following the launch of Disney+ last week. However, American investors seem to be overreacting to the incoming competition because they are overly focused on the U.S. market. Outside the U.S., Netflix faces comparatively less competition. It's growing much faster, and its competitive advantages look even stronger. 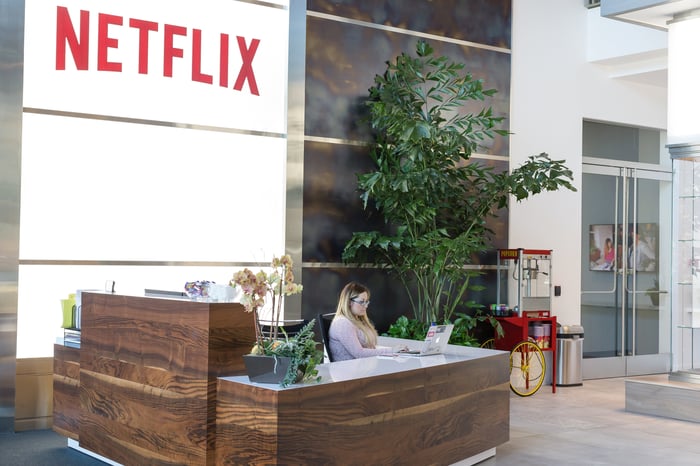 International is where it's at

Netflix now has significantly more subscribers outside the U.S. then inside, and generates more revenue internationally as well. Meanwhile, the company is reaching maturity in the U.S. -- the company just crossed 60 million subscribers in the U.S., entering the 60-90 million domestic subscriber range that it's long seen as its potential domestic market. In other words, the company's growth will largely come from abroad from here on out, as there are already signs that domestic growth is slowing. Netflix added 1.7 million new domestic subs in the first quarter, down from 2.3 million a year ago, and it sees that figure slipping in the second quarter as well. However, internationally the company added 7.9 million members in the first quarter, up from 6 million a year ago, and it sees a slight uptick coming in the second quarter as well.

Detractors love to complain about Netflix's bevy of mediocre content, making fun of shows like Fuller House. It's easy to pan a remake of an 80s sitcom, but what the critics miss is that Netflix is trying to offer something for everyone. The streamer isn't out to be HBO, which has a highly curated slate of awards-bait programming that's targeted at a more sophisticated audience.

The company's approach has struck gold abroad. Netflix has thrown billions at foreign-language content intended for local audiences, and in just a few years has built up a substantial library of international programming. For instance, the company already has about 20 seasons of original Spanish TV, as well as content in French, Hindi, Korean, Portuguese, Polish, and several other languages. Netflix has also been ramping up international content, with 20 premiers of foreign-language series in 2018 alone, and it's on pace to top that this year.

Chief Content Officer Ted Sarandos touched on this strategy in the company's recent earnings call, and in particular called out the success of Kingdom, a Korean fantasy series that has earned millions of views outside of Korea. He went to explain: "Well, we've kept one strict principle around it, which was that these shows have to be very locally relevant and to do that you have to be pretty authentically local. So what we're trying not to do is try to inauthentically make a global show, because just basically that doesn't work for anybody."

No other company has the audience or the appetite to throw billions at local-language markets around the world, and Sarandos and co. understand that the best way for the company to leverage its advantage is to give that money to local creators and let them make great content.

Even as Netflix faces more competition at home, it should retain its advantage abroad. Disney, for example, is not about to make a big-budget Turkish-language princess movie, or a Danish Star Wars franchise.

That distinction is key, as the share of Netflix's revenue and profits coming from abroad is only going to increase. Though Americans forget, the market for video entertainment is much larger outside the U.S., and Netflix could eventually roll up 200 million or even 300 million international subscribers, especially if it continues to pour money into quality international content. After all, it's no accident that the company just won the Oscar for Best Foreign Language Film.

The leading streamer is now focused on international content more than ever before, and that should continue to deliver results for Netflix investors.