Please ensure Javascript is enabled for purposes of website accessibility
Log In Help Join The Motley Fool
Free Article Join Over 1 Million Premium Members And Get More In-Depth Stock Guidance and Research
By Rick Munarriz - Apr 22, 2019 at 9:30AM

A pair of scorching IPOs hit the market last week, but investors may be betting on the wrong speedster.

Pinterest (PINS -4.97%) may have been the IPO generating all of the buzz among last week's debutantes, but it wasn't the hottest offering. Cloud-based video conferencing specialist Zoom Video (ZM -5.58%) soared 72% in its first day of trading, trouncing Pinterest with its 28% pop.

Both stocks are well positioned to succeed. Pinterest has earned the right to be a market darling, and it should continue to fare well. However, there are a few reasons why Zoom Video might deliver even greater results. 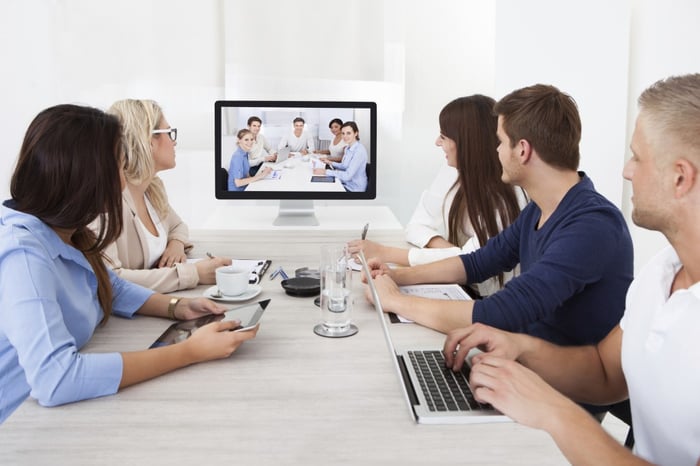 Ready for the IPO close-up

Pinterest is naturally the household name here. There were a whopping 291 million Pinners -- monthly active users -- by the end of last month. Zoom Video isn't primarily a consumer-facing company like Pinterest, relying instead on corporate subscriptions to drive its business. Zoom Video doesn't spell out its actual customer count, but its prospectus does reveal that it has 50,800 customers that have at least 10 employees, and 344 of its largest customers accounted for 30% of its revenue last year.

Growth should trump brand recognition, and that's where Zoom Video excels. Revenue rose 114% in fiscal 2019, and that was after a 148% surge the year before. Pinterest is no slouch, seeing its top line rise 60% last year after a 58% increase the year before. Slightly accelerating growth at Pinterest is applause-worthy, but Zoom Video still grew its revenue at nearly double Pinterest's clip last year.

Turning our attention to the other end of the income statement exposes another surprising winner. If just one of the two companies were currently profitable, you would think that it would be Pinterest with its scalable social model, but that's not the case. Red ink at Pinterest is thinning out, but Zoom Video was the one breaking through with a small profit last year.

When it comes to valuation, neither stock is cheap. Pinterest does command the lower price-to-revenue multiple, though naturally only Zoom Video has a positive trailing P/E ratio. Both stocks were hot commodities on Thursday based more on their future potential than what they've accomplished in the past.

It's easy to get excited about both investments with that new stock smell. Pinterest is inspiring folks with its visual discovery engine that makes it easy to share image boards and check out those of others with shared interests. Marketers will never get tired of reaching that target audience. Zoom Video has made a better mousetrap when it comes to video calls, a field that in the past was dominated by tech giants and where video conferencing reliability has often been a pressure point.

We've seen some prolific IPOs tank this year, but Pinterest and Zoom Video are poised well to withstand the volatility. Both stocks should serve investors well, but given its growth and profitability advantages -- and, let's face it, relying less on the fickle nature of social media users -- the nod has to go to Zoom Video as the better investment here.