Ma Bell is on track to hit its debt reduction goal this year.

Telecommunications giant AT&T (T -0.47%) took on a massive amount of debt in order to acquire Time Warner, which has since been renamed WarnerMedia. After the $85 billion deal closed, AT&T had around $180 billion in debt, and was able to get that figure down to $176.5 billion by the end of 2018. The company's first-quarter earnings release this morning showed more progress, with total debt now standing at $175.5 billion. After factoring in cash, AT&T's net debt is around $169 billion.

AT&T continues to march toward its goal of reducing debt by $20 billion this year. 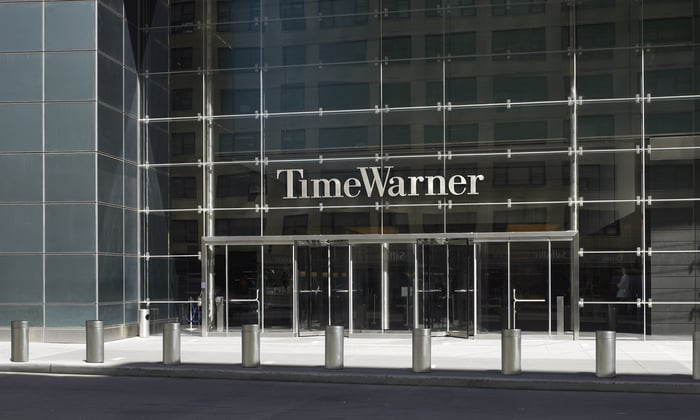 Real estate developer Related Companies announced this morning that it has entered into a deal with AT&T to acquire WarnerMedia's stake in 30 Hudson Yards, where WarnerMedia's global headquarters is located.

The $2.2 billion deal covers approximately 1.5 million square feet of space, and Related will lease back the office space to WarnerMedia through early 2034. WarnerMedia had been a development partner in the real estate project since 2014.

The transaction is expected to close late in the second quarter.

The news comes shortly after AT&T agreed to sell its stake in Hulu back to the video-streaming company, fetching $1.43 billion for its 9.5% stake. Disney now owns about two-thirds of Hulu, with Comcast owning the remaining third. That deal closed earlier this month after the first quarter had already closed, so the proceeds are not be reflected on the balance sheet from today's release.

Between the real estate and Hulu transactions, that's over $3.6 billion in proceeds that AT&T expects to raise this quarter so far. Additionally, the company is still working on other noncore-asset sales.

In November, AT&T had set a target of reducing net debt by $18 billion to $20 billion in 2019. The plan was to use around $12 billion in free cash flow to pay down debt, while generating $6 billion to $8 billion in cash from "real estate sale-lease backs, sales of non-core assets and working capital initiatives."

Ma Bell is trying to get its net debt-to-adjusted-EBITDA ratio down to 2.5 by year's end. As of the end of the first quarter, that metric stood at 2.8, about the same as it was at the end of 2018. Trailing-12-month adjusted EBITDA is currently $60.3 billion, with net debt of $169 billion.