Earlier this week, Verizon Communications (NYSE:VZ) released its first-quarter 2019 results, which were mixed overall. The company's earnings beat analysts' consensus estimates. The revenue growth for Verizon's wireless business showed that the telecommunications giant is still able to attract and retain smartphone customers. But the company's net phone losses of 44,000 were larger than some analysts had predicted.

To better understand the company's latest quarter, it's worth taking a closer look at how Verizon grew its sales and earnings in the quarter, how much it's shelling out for capital expenditures (and why), and how the company's wireless business could improve in the coming year. 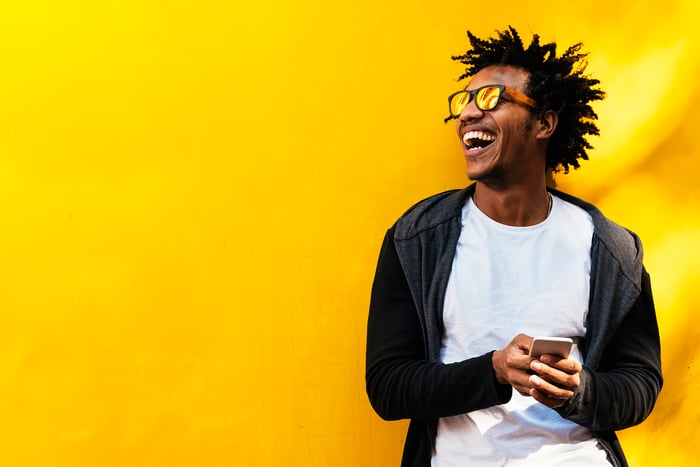 An earnings beat and raised guidance

Verizon's total revenue increased by 1.1% in the quarter. This doesn't seem all that impressive at first blush, but the company's $32.1 billion in sales was on par with analysts' consensus estimate for the quarter. Investors should take note that revenue from Verizon's important wireless segment -- which accounted for 70% of sales in the quarter -- grew by 3.7% year over year to $22.7 billion. That shows that the wireless carrier is successfully growing its wireless business at a time when the wireless industry is about to expand into new, more lucrative tech like 5G (more on that later).

The telecom's solid performance in the quarter was enough to cause Verizon's management to raise its full-year earnings guidance. The company now expects low-single-digit-percentage growth for both its adjusted earnings per share and GAAP revenue for the year, up from its previous guidance that earnings would be relatively flat compared to 2018.

Spending on its 5G network ramps up

Verizon spent $4.3 billion in the first quarter on capital expenditures, which it said were to "support the launch and continued build-out of its 5G Ultra Wideband network, the growth in data and video traffic on the company's 4G LTE network, the deployment of significant fiber in markets nationwide, and the upgrade to Verizon's Intelligent Edge Network."

Additionally, Verizon said that it would spend between $17 billion and $18 billion for the full year and noted that this figure includes the "expanded commercial launch of 5G." You may recall that last year, Verizon replaced its former CEO with Hans Vestberg, its former chief technology officer. The move was primarily seen as a way for Verizon to focus attention on 5G technology as its next area of growth. With the company's increased spending in the quarter (and ultimately over the full year), that appears to be happening.

Just this month, Verizon debuted its 5G network in two cities, and the company expects 5G to bring wireless speeds up to 20 times faster than 4G and lower latency rates (faster connection times between devices and cell towers). While Verizon's 5G network is only available in a very limited area right now (parts of two cities), it has plans to bring it to 30 cities by the end of this year. 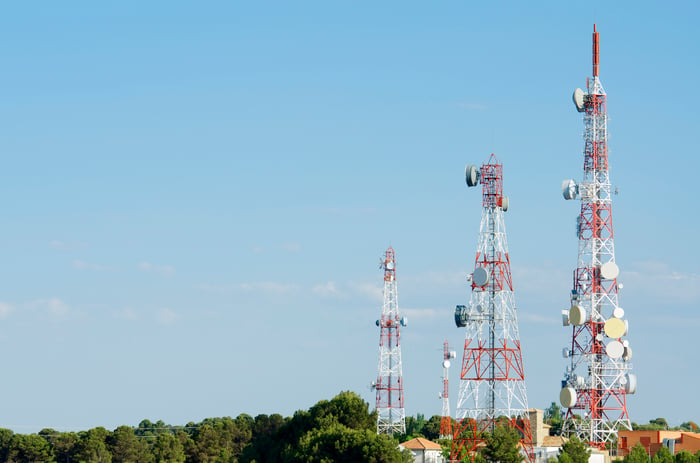 Verizon's wireless business grows, but could be better

As mentioned earlier, Verizon's wireless revenue increased by 3.7% in the first quarter to $22.7 billion. Verizon attributed this growth, in part, to improving sales from its services business, which saw sales increase 4.4% in the quarter.

Verizon's management said the sales uptick came from customer "step-ups" to more expensive monthly plans and an increase in the number of devices on accounts. Verizon had 174,000 postpaid smartphone net additions in the quarter, which is good news for the company as postpaid smartphone users tend to be more lucrative customers.

But Verizon still has a few areas within its wireless business that could use some improvement. For one, postpaid smartphone net additions were down from the year-ago quarter, when they reached 220,000. Additionally, the company had a total net loss of 44,000 phone connections for the quarter, an increase from the phone net loss of 24,000 in the first quarter 2018.

Despite this drop, Verizon still has a lot of potential to grow its wireless business as it ramps up its 5G services. The executive vice president of Verizon Wireless has said in the past that 5G will generate $12.3 trillion in economic value by 2023 -- and Verizon is already positioning itself to benefit.

The company said back in March that it will charge $10 more per month for 5G services, on top of its unlimited data plan pricing. While some other carriers have said their 5G customers won't spend more for their networks, Verizon is making the case that its 5G will be so much better than 4G that it'll be worth paying more for. That plays right into the company's strategy of moving its customers up to more expensive smartphone plans and could ultimately help Verizon boost sales once its 5G network comes online nationwide.

At face value, Verizon's first-quarter results were mixed. When you look a little closer at what the company's wireless net additions and capital expenditures mean for its future growth, the latest results look even better.

Investors should keep in mind, though, that Verizon's 5G network will take a while to build out and bring online. It's likely the benefits of this new tech will come sometime in 2020. But with Verizon's early lead in this market, it appears the carrier has a lot to look forward to in the coming quarters.