Don't make a mistake -- this isn't a marketing gimmick.

5G is the upcoming cellular wireless standard that promises to bring faster internet speeds to connected devices, bring more services online than ever before, and allow for new businesses and industries to thrive in new ways.

But will it really? Some investors are understandably skeptical of 5G. After all, companies often promote incremental changes in technology just so that they can sell more devices and services.

With 5G, however, there will be tangible differences between the new cellular networks and current 4G LTE ones. If you're skeptical that 5G is more than smoke and mirrors, these facts may help change your perspective. 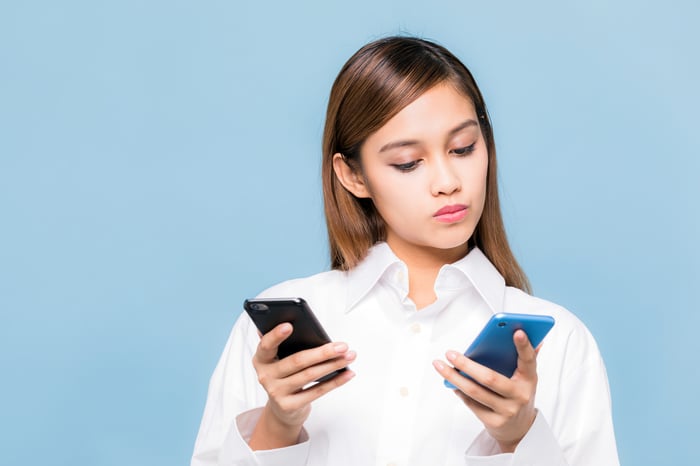 1. It's going to make Internet speeds exponentially faster than they are now

Verizon Wireless (VZ 0.80%) says that its 5G network will be up to 20 times faster than its current 4G LTE network.

This new standard will be a massive step forward, even more so than the jump from 3G to 4G, because 5G is also going to improve the rate at which devices communicate with towers (called latency speed). That means a smartphone will request and communicate with cell towers faster, enabling better wireless service than ever before.

Check out the latest earnings call transcript for Verizon.

2. Future tech is dependent on it

As great as it'll be to have faster internet speeds than we have now, 5G connectivity also matters because it's going to bring about new services and technologies that wouldn't be possible without it. For example, the vast Internet of Things industry will need faster and more reliable networks to bring about an autonomous vehicle future (eventually), industrial automation, and connected smart cities, which are only online in their infant stages right now.

5G will allow cities to launch smart city management technology -- like vehicle traffic sensors and smart electric grids -- that could save $160 billion in fuel costs and energy savings.

If 4G was about letting you stream HD movies on your phone, then 5G will be the standard that lets you stream those movies to your phone while you're riding through a smart city in a self-driving vehicle. It'll take years to get there, of course, but 5G will lay the groundwork to make it all possible.

3. The biggest tech companies are already working on 5G networks

The time for wireless carriers to stop talking about the potential of 5G and start building it is finally here. While it's still going to take a little while to get these new networks all set up, clear progress is already being made.

And China Mobile (CHL), the world's largest telecom, says it'll launch 5G commercially next year, as it begins to bring its 900 million subscribers to its upgraded network.

5G is expected to expand quickly once it goes live, and nearly 40% of the world's population will have access to 5G over the next five years according to Ericsson.

4. Chipmakers and telecoms have a lot of potential to benefit

The new 5G networks could help companies bring in as much as $619 billion in additional annual revenue by 2026. And for chipmakers, the 5G modem market could be worth up to $22.4 billion by that same year.

Qualcomm (QCOM 3.65%), the company that makes some of the best cellular wireless modems, recently revealed a 5G chip that's capable of 7 Gbps download speeds and 3 Gbps upload speeds. The company believes that its current lead in the 5G modem market will pay off soon, and management said on its recent earnings call that Qualcomm will be the "modem supplier of choice for the majority of the first wave of 5G devices."

Verizon believes the potential could be even higher, with its president Ronan Dunne saying that "By 2035, 5G will enable $12.3 trillion of global economic output and support 22 million jobs worldwide."

It's just going to take some time, so be patient

With all of these benefits coming from 5G, this new standard is worth waiting for. The key for investors right now is to find some companies that are making big moves in the space (keep your eye on Verizon and Qualcomm) and understand how they'll benefit. 5G is coming, devices will start hitting the market in significant ways next year, and cellular carriers will likely have large swaths of the U.S. population connected to 5G sometime in 2020. With all of 5G's potential, investors need to start taking notice of this tech opportunity now.