The tech giants are blocking access to data about alleged labor violations.

Tencent ( TCEHY -4.94% ), Alibaba ( BABA -8.23% ), and other Chinese tech companies were recently called out in an escalating debate about overtime policies. Workers claim that these companies use an unofficial "996" schedule -- 9 a.m. to 9 p.m. workdays, six days a week -- which violates the government's overtime regulations.

Article 36 of China's Labor Law states that workers shouldn't work more than 44 hours per week, and if they do, they should be paid 2.275 times their regular salary. Yet workers "rarely receive overtime pay," according to 996.ICU, a website that lists the alleged violations. 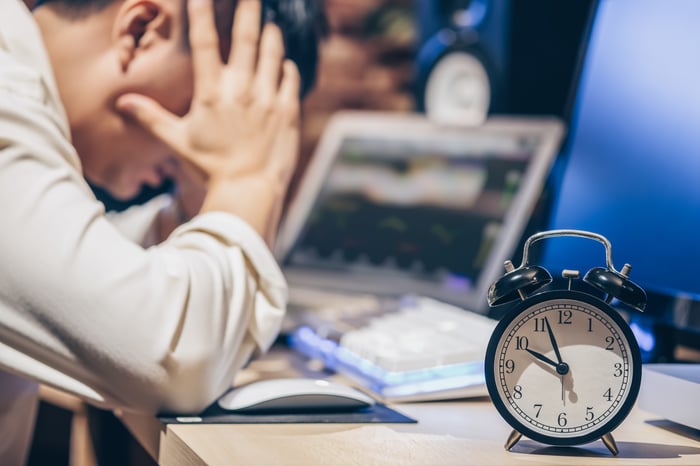 Chinese tech workers also opened a repository on Microsoft's ( MSFT -1.97% ) Github to share a blacklist of 996 companies and evidence of their violations. Github can't be blocked at a network level without cutting off access to other repositories, which contain essential data for software developers.

The Chinese government hasn't censored the Github repository yet, but Tencent and Alibaba -- two of the biggest companies on the blacklist -- are now blocking access to the repository from their first-party web browsers. Those actions prompted Microsoft employees to write an open letter to its management, calling for the Github repository to remain "uncensored and available to everyone."

Are Tencent and Alibaba silencing their employees?

Alphabet's Google Chrome remains the top web browser in China, with a 52% share of the overall market and a 43% share of the mobile market. Chrome reportedly doesn't block the 996 repository, which indicates that individual companies are blocking the site instead of the government.

But Tencent and Alibaba aren't the only companies leveraging their browsers to silence workers. Xiaomi, the country's fifth-largest smartphone maker, blocks access to the repository in its MIUI browser. Qihoo 360 also blocks the site on its 360 browser. These moves suggest that Chinese tech companies are getting nervous about the growing outcry over their labor practices. 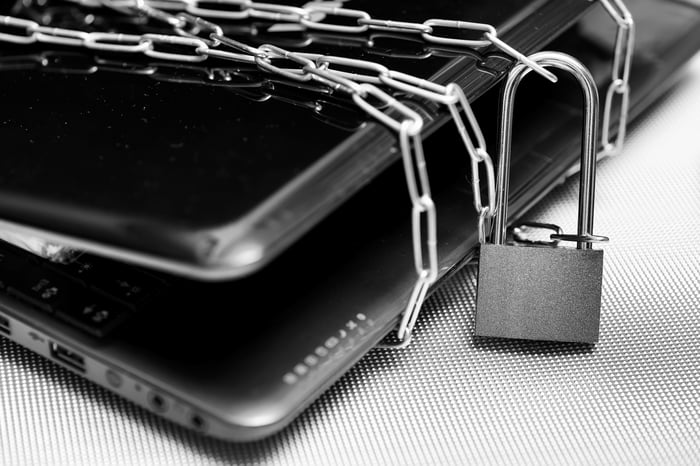 Alibaba co-founder Jack Ma recently poured kerosene on that fire by endorsing the 996 schedule in a blog post, claiming that it was "a huge blessing" and that employees who worked shorter hours wouldn't "taste the happiness and rewards of hard work."

Ma's comments sparked a rebuke from China's state-owned People's Daily, which stated that "advocating hard work and commitment does not mean forcing overtime," and that the "mandatory enforcement of 996 overtime culture not only reflects the arrogance of business managers, but also is unfair and impractical." These events seem to be setting the stage for a showdown between Chinese tech companies, their employees, and government regulators.

Alibaba and Tencent are already struggling with decelerating revenue growth and contracting margins, mainly due to the economic slowdown in China. Alibaba's revenue rose 41% annually last quarter, but its operating margin tumbled from 31% in the prior year quarter to 23%. Tencent, which also struggled with a nine-month freeze on video games last year, posted 28% annual sales growth last quarter, but its operating margin of 20% marked a steep drop from 39% a year earlier.

Tencent recently stated that it would either fire or demote 10% of its managers to streamline the business. Alibaba CEO Daniel Zhang recently claimed that the company wouldn't lay off any workers this year, but declared that it would "continue to utilize the resources on our platforms to boost consumption" in a blog post -- which suggests that it would work its existing workers harder instead of firing them.

The rapid expansion of China's tech industry turned it into a major growth engine for the country's economy, but the recent revelations indicate that the human cost is staggering. Top tech companies like Tencent and Alibaba need to make tough calls about their overtime policies soon, or government regulators -- which aren't shy about clipping the wings of top tech companies -- might make the decisions for them.