The company's cautious second-quarter guidance put pressure on the stock.

Shares of Proto Labs (PRLB -0.69%) closed down 5% on Thursday, falling by as much as 15.9% by midday, after the quick-turn manufacturer posted first-quarter results that came in just shy of expectations and forecasted a weaker-than-expected second quarter.

Proto Labs, which specializes in injection molding, 3D printing, and other high-tech techniques to manufacture custom parts for a range of industries, reported first quarter non-GAAP earnings of $0.69 per share, a penny shy of consensus, on revenue of $113.5 million that was about $2 million short of what analysts were expecting. 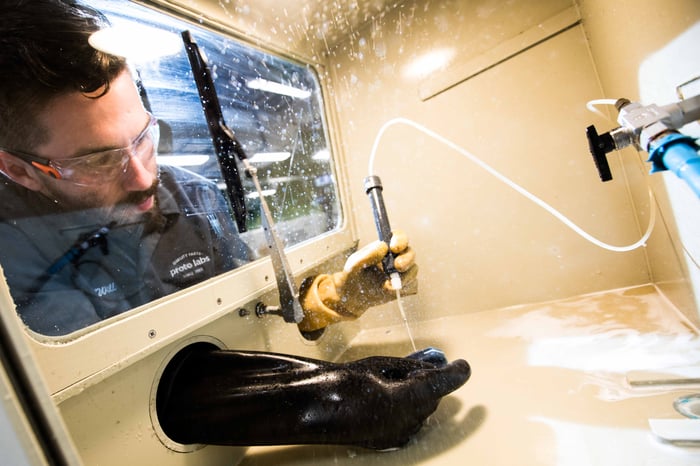 Company CEO Vicki Holt said that Proto Labs had record revenue from both its 3D printing and injection molding services, and strong growth in both Europe and Japan. She added, however, that "We had some challenges with our sheet metal service" as well as with the new computer-controlled, or CNC, manufacturing operations acquired last year as part of Proto Labs' deal for Rapid Manufacturing Group.

Investors appeared more focused on Proto Labs' outlook for the current three months. The company said it expects to earn between $0.66 and $0.74 per share in the second quarter, which is below the $0.76 analysts are expecting. On a conference call with investors, Holt said the company is focused on fine-tuning its go-to-market model, improving customer service and overall efficiency, and working through the operations that have been acquired.

As my colleague Louis Brooks recently noted, Proto Labs is a company best judged over the long haul and not quarter by quarter. The company has more than doubled revenue over the past five years, growing net income by nearly the same amount over that period. 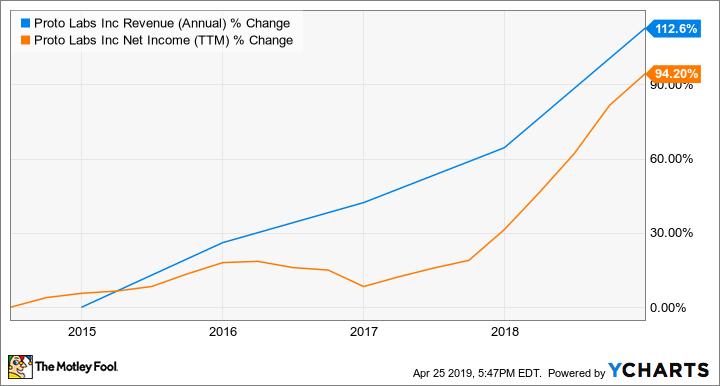