The fledgling market could take flight over the next few years.

Virtual reality (VR) is often considered a niche market, but the industry generated $3.6 billion in revenue last year, according to SuperData Research. The firm also estimates that figure will climb to $16.3 billion by 2022. 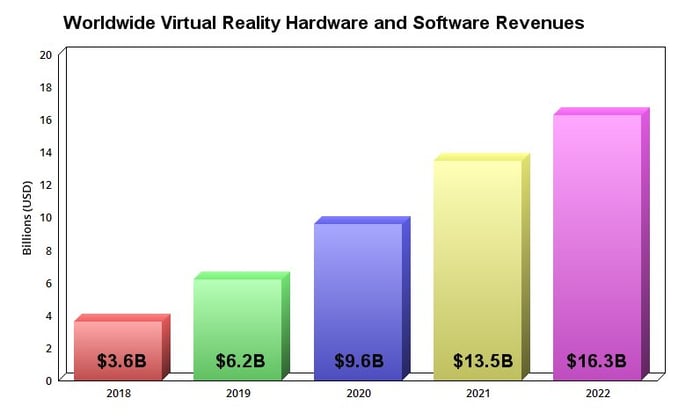 That forecast bodes well for Facebook's (META 4.10%) Oculus, Sony (SONY -0.47%), and HTC. SuperData expects Facebook's Oculus Quest, an upcoming stand-alone headset that doesn't require a phone or PC, to be one of the year's best-selling devices with 1.3 million units sold. Stephanie Llamas, SuperData's head of AR/VR, says the Quest could be "a real game changer" because tethering devices to consoles and PCs "has been an obstacle for consumer adoption."

Those figures are tiny compared to the 258.5 million PCs and 1.4 billion smartphones that were shipped last year, but investors should keep an eye on this market, as it might evolve into a major computing platform over the next few years.