Looking for higher-risk/higher-reward investments? These three companies should be on your radar.

It doesn't take much to understand the allure of penny stocks: It's the idea of buying millions of shares for fractions of a cent -- if they only go up to $1/share, you're an instant millionaire! The reality is more depressing. Most -- if not all -- penny stocks are destined to fail and take your hard-earned investment money with them.

However, that doesn't mean investors should avoid higher-risk/higher-potential-reward companies. With that in mind, we asked three Motley Fool contributors for stocks with long runways for growth. Find out why iQiyi (IQ 10.45%), General Electric (GE -2.12%), and Craft Brew Alliance (BREW) might be worth looking into further. 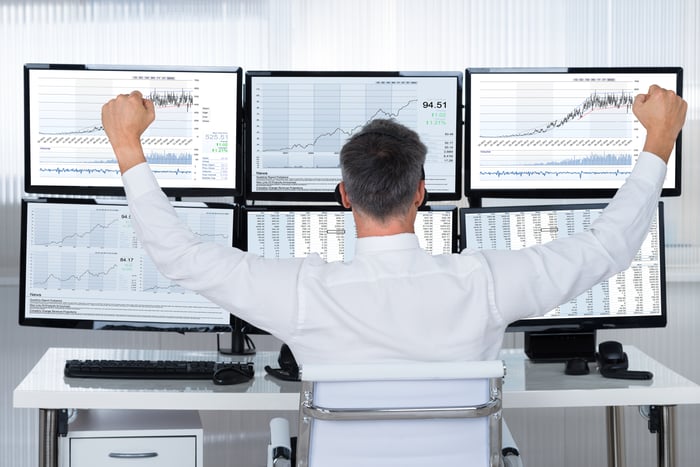 Jamal Carnette, CFA (iQiyi): The "Netflix of China" is a classic story of short-term stock movement diverging from business fundamentals. Shortly after its sluggish IPO, shares exploded -- doubling within three months -- before crashing to their current price. Despite the uneven stock performance, the underlying business has continued to grow at a rapid clip, posting 55% top-line growth and 72% subscriber growth in the fourth quarter.

Volatility is likely to remain high for the foreseeable future as concerns about the Chinese/U.S. trade relationship and growth deceleration in the Middle Kingdom continue to dominate headlines. As you can see, though, this hasn't been an issue in iQiyi's growth so far, and I see little reason for that to change. If anything, continued trade disputes benefit iQiyi as it protects the incumbent Netflix from fully entering the market; Netflix has instead chosen to partner with iQiyi rather than compete against it.

China's transition from an emerging to developed economy should provide a long runway for growth for the streaming media provider as more citizens access the internet and disposable income increases; this should allow the company to provide investors significant returns. If you're looking for a high-volatility investment that has the ability to rapidly explode higher, look no further than iQiyi.

John Bromels (General Electric): First of all, I would not recommend GE stock to most investors. But if you're the type of investor who's interested in penny stocks, I think you should consider buying shares of the troubled conglomerate first. Here's why.

Penny stocks naturally come with a high degree of risk. Risk is one big reason I'm not a fan of GE shares: The company is in the middle of a multiyear turnaround, with sales and earnings likely to be flat (or worse) this year and possibly next year, too, according to company management. When "flat" is the cautiously optimistic scenario projected by management, anything that goes wrong might knock shares further downward.

However, GE has some positives that typical penny stocks lack. It's listed on the New York Stock Exchange, and it has to file regular quarterly earnings reports and disclosures with the SEC. Its management regularly makes presentations to investors to give them a sense of where the company is heading. And although some of its businesses aren't doing well -- gas turbines in particular -- the company has a couple of powerhouse units manufacturing aircraft engines and medical equipment that are poised for long-term success -- much more so than the average penny stock. And there are signs that management finally has a handle on the turnaround.

Part of the appeal of penny stocks is the possibility that they might shoot rapidly higher in value and offer a huge payday. Frankly, GE doesn't have that opportunity, although with shares now in the single-digits, there's a lot more upside than there was even a few weeks ago. But if you're serious about investing for the long term and have a high risk tolerance, betting on GE's turnaround could pay off handsomely in a few years for investors who buy in now. It's not my favorite stock, but it's better than a penny stock. 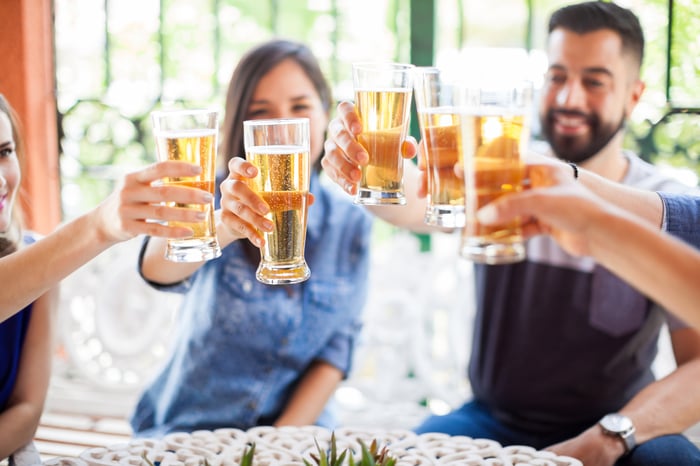 Ready to ride the wave

Rich Duprey (Craft Brew Alliance): Craft Brew Alliance has suffered as the beer industry in general has slowed -- overall volumes fell 1% last year. But craft beer continues to grow, gaining 4% in 2018, which gives it a better than 13% share of the market.

While the biggest brewers in the craft space are having a rough time, Craft Brew Alliance has a turnaround plan in place that puts it in position to capitalize on the best industry fundamentals.

The brewer's Hawaii-based Kona Brewing brand saw fourth-quarter depletions (sales by distributors to retailers) jump 11%, an acceleration over the 7% increase over the first three quarters of 2018, with its flagship Big Wave Golden Ale surging 30% in the quarter.

Craft Brew Alliance has a Kona+ strategy in place that focuses primarily on the brand, and then on its other offerings to a lesser extent, like the three fast-growing breweries it recently acquired. With Anheuser-Busch InBev as a part owner, the craft brewer has access to its distribution network.

Moreover, beer drinkers are favoring regional beers from microbrewers, and Kona still carries this cachet, which explains its phenomenal growth. But perhaps the biggest catalyst for Craft Brew Alliance's stock is that Anheuser-Busch has the right to purchase its partner for at least $24.50 per share, or almost double its current price. The option expires this August, and there is the possibility that Anheuser-Busch exercises it, but even if it didn't, the craft brewer is still well positioned to grow.

What Happened in the Stock Market Today
356%