Southwest's pain may be Alaska's gain.

After underperforming the S&P 500 by more than 17 points over the past year, Alaska Air Group (ALK 0.39%) delivered a pleasant surprise to its shareholders last week, outperforming analyst expectations and beating on both earnings and revenue. The $0.17 per share that Alaska earned in fiscal Q1 2019 topped consensus estimates by more than 50% -- and the airline even eked out a small sales beat with its $1.88 billion in Q1 revenue.

Not everyone was impressed.

Here at the Fool, for example, Fool.com contributor Adam Levine-Weinberg gave credit where credit was due, noting Alaska's improved revenue per available seat mile (RASM) -- up 2.2% in Q1 -- and its prediction that "RASM will rise 2% to 5% year over year" in Q2. At the same time, he made some pointed observations about Alaska's history of "several quarters of sharp earnings declines," its continued contractions in profit margin, and its reliance on "a lower tax rate to drive higher earnings." 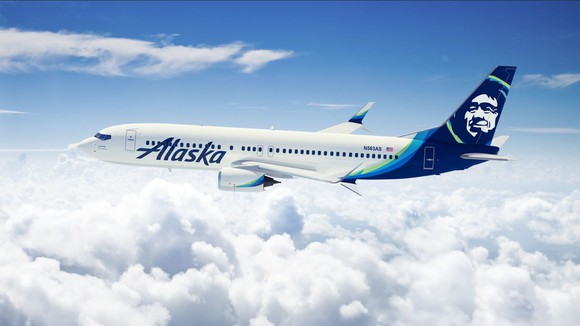 Nor was Levine-Weinberg alone in finding both bad and good in the report. Analysts at Buckingham Research cut their price target on Alaska Air to $78 a share, and Deutsche Bank cut its target to $68 (but both kept buy ratings on the stock), according to reports from StreetInsider.com (subscription required).

And today, the best news of all came when JPMorgan decided that on balance, there was enough good news in Alaska's report (and elsewhere, as we'll soon see) to justify upgrading the airline to overweight, with a $72 price target.

So what did JPMorgan find encouraging in Alaska Air's report? For one thing, the analyst liked Alaska's higher RASM target -- and in fact, believes this target is "easily achievable."

No haste means no waste, in this case

But what's really interesting here is why JPMorgan thinks Alaska is set up to perform well in Q2. According to the analyst, competition is declining for Alaska in the San Francisco market, and JPMorgan anticipates lessened competition in Seattle as well.

Perhaps more important is that one of the reasons for this lessening in competition is the global grounding of Boeing's 737 MAX airplanes, which we discussed yesterday. You see, in contrast to many of its rivals, Alaska Air does not yet have any 737 MAX planes in its air fleet. So while many of its rivals have been forced to remove MAX planes from operation during the grounding, and probably won't be able to resume flying them before August, Alaska faces no such issues with its planes. (Indeed, although Alaska has ordered 30 737 MAX planes, the first isn't expected to arrive before June 2019.)

In today's upgrade, JPMorgan notes rival discount carrier Southwest's somewhat less fortunate scenario. At Southwest, 737 MAX 8 aircraft make up more than 4% of the carrier's air fleet, yet cannot be flown at all right now -- a fact that weighed on results last quarter (and, as Levine-Weinberg recently pointed out, will continue to do so "for at least the next quarter or two"). This fact wasn't lost on JPMorgan, which mentioned the "neutering" of Southwest's growth as a point in Alaska's favor.

In the near term, therefore -- at least until the FAA grounding of 737 MAX planes ends -- Alaska appears to have a competitive advantage over Southwest and other operators of the beleaguered Boeing aircraft. What's more, with a share price only 17 times trailing earnings, a 2.3% dividend yield, and a 14.3% projected growth rate (according to S&P Global Market Intelligence), JPMorgan sees Alaska Air as a good enough bargain to justify a buy rating.

Now personally, I think I still prefer Southwest at 12 times earnings, a 1.2% dividend, and 11% projected growth -- it's a more modest valuation, and leaves more room for upside should things turn around for the 737 MAX. But that's neither here nor there.

The real point to focus on is that JPMorgan has hit upon a perhaps underappreciated factor working in Alaska Air's favor, and working against Southwest and some of the Alaskan carrier's other rivals. That's the reason JPMorgan is upgrading today -- and it's a point worth bearing in mind.