Trading, exchange, and institutional data and analytics services provider Nasdaq (NASDAQ:NDAQ) suffered through patchy trading volume in its first quarter of 2019. Reported revenue declined against the prior year; nonetheless, positive results in information services and market technology services pushed organic revenue higher in the first three months of the year.

Below, we'll review the salient details from Nasdaq's report issued on April 24, and discuss the company's ongoing attempt to acquire and operate one of Europe's leading stock exchanges. Note that in the discussion that follows, all comparable numbers refer to the prior-year quarter. 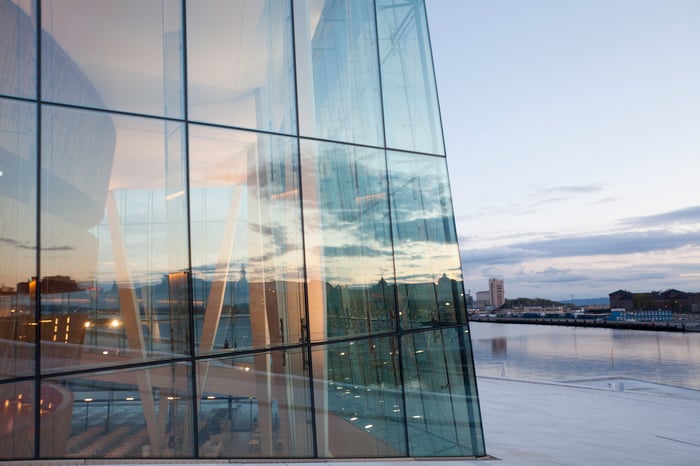 As I discussed last quarter, Nasdaq is competing against rival exchange operator Euronext to acquire Norway's primary stock exchange, Oslo Bors VPS. Both companies have increased their transaction prices in recent months, and as of this writing, both are bidding 158 Norwegian kroner per share for the bourse.

On April 11, Nasdaq announced that it had acquired roughly 844,000 shares of Oslo Bors at the deal's offering price of 158 kroner per share, bringing Nasdaq's total ownership interest to 37%; Euronext owns approximately 53% of the exchange.

During the company's first-quarter earnings conference call, Nasdaq president Adena Friedman discussed the surprise accumulation of additional shares, as well as the company's outlook on its prospects to for approval by Norway's finance ministry as the winning exchange:

[I] think that the share purchase was somewhat opportunistic because there was a particular holder that was ready to sell and [they] gave us opportunity to buy it. So I think that is just helpful to bolster our proposal and so was an opportunistic decision.

I think that with regard to our efforts there, we continue to feel very strongly that we have the strongest proposal available in terms of the strategic benefit to the Norwegian capital markets, to Oslo Bors itself, [and to its] clients in particular. And we continue to manage our relationships with the stakeholders there to make sure that they're aware of all the benefits that we can provide to the Norwegian capital markets as part of our bid.

The Norwegian finance ministry is slated to make a decision by mid-May, but could potentially delay the final award until June as it deliberates.

The only quantitative guidance Nasdaq typically provides is a non-GAAP operating expense range it issues for the entire year. The company trimmed its 2019 operating expense range to between $1.29 billion and $1.33 billion, versus the prior band of $1.325 billion to $1.375 billion, as a result of the disposition of BWise. Of course, this range is subject to revision as early as next quarter, should Nasdaq receive the green light to take over the Oslo bourse.