Investors are beating a hasty withdrawal from Diebold stock.

What went up is coming back down. Shares of ATM manufacturer Diebold Nixdorf (DBD 3.45%), which soared earlier this year on the back of a positive note from Wall Street stock shop D.A. Davidson, are plummeting today as an analyst's endorsement proved premature.

This morning, Diebold reported its fiscal first-quarter 2019 earnings -- or, rather, its Q1 2019 losses -- and the news was even worse than you think. Instead of the $0.35-per-share loss that Wall Street had forecast for the stock, Diebold reported that it lost $1.74 per share last quarter ($0.63 on a pro forma basis). Sales for the quarter -- $1 billion and change -- likewise fell short of estimates. 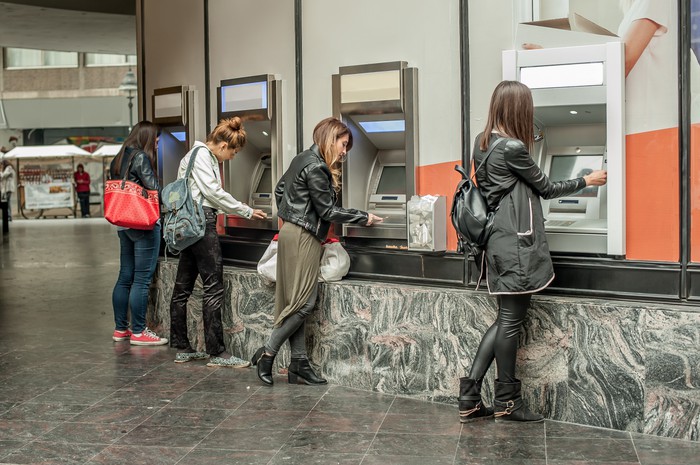 Diebold's $1 billion in Q1 revenue declined 3% year over year, while its net losses more than doubled to $132 million on a GAAP basis.

On the plus side (yes, there was a plus side), cash burn at the North Canton, Ohio-based company was cut in half, to just $72 million in negative free cash flow this Q1 -- as opposed to the $162 million in cash it burned one year ago.

Despite the worst-than-expected GAAP results, Diebold also held fast to its previously issued guidance. The company continues to believe that full-year revenue will run from $4.4 billion to $4.5 billion, with positive "adjusted EBITDA" (not the same as GAAP profits) of between $380 million and $420 million. Diebold will also continue to make progress on stamping out its cash fire. Indeed, by year end, Diebold projects breakeven free cash flow, with capital expenditures of $80 million fully paid for by $80 million in cash from operations.

Long story short, Diebold's news wasn't great -- but I suspect it was a whole lot better than investors are giving Diebold credit for today.