Please ensure Javascript is enabled for purposes of website accessibility
Log In Help Join The Motley Fool
Free Article Join Over 1 Million Premium Members And Get More In-Depth Stock Guidance and Research
By Leo Sun – Updated May 1, 2019 at 3:53PM

The telco’s growth seems glacial, but it still offers one of the safest dividends in the S&P 500.

AT&T (T 3.65%) is a well-known Dividend Aristocrat of the S&P 500. That elite group of companies, which have raised their dividends annually for 25 straight years or more, are generally sound investments for conservative investors.

AT&T has raised its dividend annually for 34 straight years and pays a forward yield of 6.5%. It trades at less than nine times forward earnings. Those figures make the telecom giant seem like an ideal long-term income investment, but the stock's lackluster returns in recent years raise questions about its core business.

Let's examine AT&T's tailwinds and headwinds to see if this Dividend Aristocrat still belongs in your long-term portfolio. 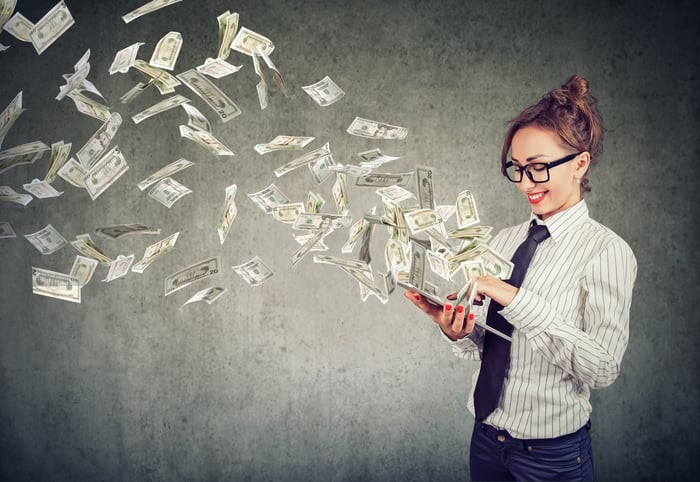 How sustainable is AT&T's dividend?

AT&T generated $5.9 billion in free cash flow (FCF) during the first quarter of 2019. It spent 63% of that total on its dividend, which indicates that it still has plenty of room for future increases.

AT&T expects its FCF to rise from $22.4 billion in 2018 to "at least" $26 billion this year, thanks to its acquisition of Time Warner and the divestments of several non-core business units and assets. It expects to spend about $14 billion of that total on dividends and use the remaining $12 billion to reduce its debt levels.

AT&T's long-term debt hit $180 billion when it closed its takeover of Time Warner last June, giving it a net debt to EBITDA ratio of 3.0. It finished the first quarter with $169 billion in debt and a leverage ratio of 2.8.

By the end of 2019, AT&T believes that it can reduce its debt to $150 billion and its leverage ratio to 2.5. It plans to do this by selling more real estate and non-core assets, as well as adopting other capital allocation strategies. None of those strategies will impact its dividend this year since it has already allocated over half of its FCF to those payments.

But what about the core business?

AT&T's dividend still looks solid, but its stock lost about 20% of its value over the past three years and offset those dividend gains. Its core wireless business remains healthy, with the addition of 179,000 new postpaid smartphone subscribers in the U.S. during the first quarter, but its pay-TV business continues to lose subscribers to over-the-top rivals like Netflix (NFLX 1.53%). 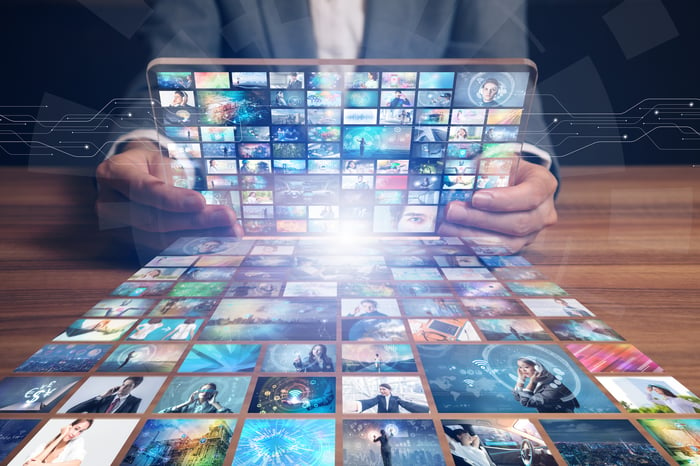 AT&T's tried to rectify the problem with its $49 billion takeover of DirecTV in 2015, but the buyout burdened the company with a dying satellite business and significantly increased its debt. It lost over half a million premium TV subscribers during the first quarter, while DirecTV Now -- its streaming answer to Netflix -- lost 83,000 subscribers due to the service's price hikes earlier this year.

AT&T also posted declining sales from its legacy wireline, domestic video, and wireless equipment businesses, but those declines were largely anticipated. Meanwhile, the addition of Time Warner, rebranded as WarnerMedia, boosted AT&T's total revenue 18% annually to $38 billion, while its adjusted EPS rose by a penny to $0.86.

Those results look solid, but WarnerMedia's revenue only rose 3% annually. This means that once AT&T laps the Time Warner acquisition later this year, its revenue growth will grind to a halt again. That's why analysts expect AT&T's revenue to remain flat next year as its earnings rise just 2%.

So is AT&T still a dependable Dividend Aristocrat?

AT&T is juggling a lot of businesses, but it will likely keep offsetting the softness of its legacy businesses with higher-growth units like WarnerMedia as it reduces its long-term debt and raises its dividend.

AT&T's business model isn't ideal, as there are still redundant streaming services (like DirecTV Now, HBO Now, and WatchTV) and legacy divisions which should be shuttered. Nonetheless, AT&T's sales and earnings growth remain stable, its valuation is low, and its yield is high.

In summary, AT&T remains a solid core investment for most income investors, and the stock should rise again as it reduces its debt and generates more synergies between its business units. These factors all bode well for its dividend to continue to rise.