Please ensure Javascript is enabled for purposes of website accessibility
Log In Help Join The Motley Fool
Free Article Join Over 1 Million Premium Members And Get More In-Depth Stock Guidance and Research
By Adam Brownlee – May 6, 2019 at 4:06PM

Recent news has slammed FIZZ's sparkling water brand LaCroix. Can the beverage maker bounce back and deliver results for investors?

Quirky products like blackberry cucumber-flavored sparkling water tend to lose their appeal when people find out that they might contain cockroach insecticide. This is what happened to National Beverage Corp's (FIZZ -1.38%) popular LaCroix sparkling water brand late last year when a lawsuit alleged that the product contained synthetic chemicals. For investors, however, this may have created a buying opportunity, as the FIZZ share price is down 55% from last year's high. Can the company overcome its problems? Let's take a look.

National Beverage is the maker of a slew of non-alcoholic beverages such as LaCroix, Shasta, and Faygo -- bright, fruity drinks that can be found in many retail outlets, including grocery stores, gas stations, and hospitals. 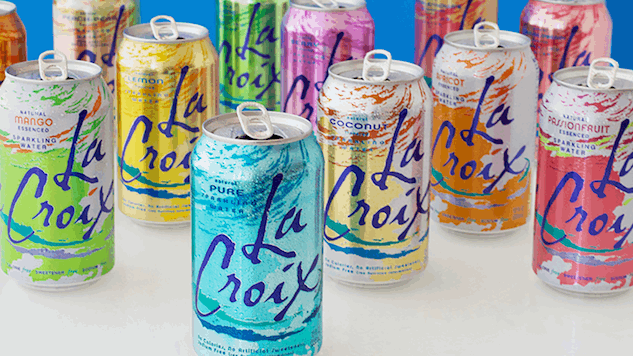 In recent years, FIZZ has been riding high on the popularity of its sparkling water brand, LaCroix. This "all-natural" beverage comes packaged in brightly colored cans in flavors such as Blackberry Cucumber and Apple Cranberry. Because of its great success with millenials and rousing social media buzz, LaCroix sales have rocketed by over 70% in recent years. As a result, FIZZ's overall sales for the last three years have grown at a compounded annual growth rate of almost 15% and earnings have grown at a compounded rate of 45%.  In addition, the company carries zero long-term-debt on the balance sheet and has an average historical return on invested capital (ROIC) of 40%. Think of ROIC as how well the company uses its shareholders' money and its debt. In this case, FIZZ is sparkling -- American companies have a historic ROIC of 10%.

However, it is LaCroix's all-natural ingredient label this has landed FIZZ in hot water.

Late last year, a lawsuit was filed against FIZZ alleging that LaCroix contained synthetic chemicals that could cause tumors and kill cockroaches. This is a far cry from the company's "all-natural" claim. However, the company refuted this allegation early this year stating that its own independent lab tests showed that the compounds in question are naturally occurring. In other words, an orange peel might have natural levels of cockroach juice. Also, Popular Science released a report supporting this evidence. All appeared to be well in Pomegranate land, but another lawsuit produced lab tests that allege LaCroix does in fact contain synthetic compounds.

This back and forth has sullied the LaCroix brand and shaken consumer confidence in the product.

As a result, sales for FIZZ in its most recent quarter shrank by 3% and earnings dropped by 40%.  Also, gross margins fell by 350 basis points and net margins dropped by 700 basis points. Think of these margins as fishing nets that capture profits on the way to the bottom line. The lower the margins the wider the holes in the nets.

Meanwhile, as all eyes were diverted to the possibility of a new LaCroix flavor, "Blackberry Terminix Cantaloupe," a huge threat surfaced.

How could things possibly get any worse for FIZZ? If a large company such as PepsiCo (PEP -2.01%)decided to get into the sparkling water business, that would be bad. And that is just what Pepsi did. In 2018, the company launched Bubly, a sparkling water packaged in brightly colored cans that comes in flavors such as apple, strawberry, and mango. In other words folks, it looks and tastes like LaCroix. More importantly, Pepsi's product appears to be winning. The company's share of the estimated $9 billion sparkling water market grew by almost 4% over the last year while FIZZ's shrank by about 3%.

When it comes to size, FIZZ and Pepsi aren't in the same weight class.FIZZ has a market cap of $2.62 billion. By comparison, Pepsi has a market cap of $179 billion. PepsiCo's footprint is much larger than FIZZ's, meaning it has more money to throw around and stronger negotiating leverage with suppliers and retailers. To make matters worse, PepsiCo also purchased SodaStream, an at-home carbonated drink maker that can make, among other things, sparkling water.

LaCroix is a phenom brand with outstanding social media buzz and strong millennial appeal. The product has helped drive growth at its parent company FIZZ and has led to strong historic results. However, LaCroix is now under harsh scrutiny for potentially questionable ingredients. As a result of this storm and heavyweight competition, FIZZ is trading down. Investors should look elsewhere for opportunities because as the LaCroix brand is sullied and the weight from competition will make it difficult for the product to regain momentum.