Please ensure Javascript is enabled for purposes of website accessibility
Log In Help Join The Motley Fool
Free Article Join Over 1 Million Premium Members And Get More In-Depth Stock Guidance and Research
By Scott Levine – May 7, 2019 at 11:54AM

How will this fuel-cell leader follow up the fanfare it celebrated at the end of 2018?

Plug Power (PLUG -5.47%), a leader in fuel-cell solutions, is expected to report first-quarter earnings on May 8. Surely, investors are excited to see how the company follows its record-setting Q4 2018 results -- the first quarter in which it reported positive adjusted EBITDA.

Analysts expect Plug Power to report a loss of $0.08 per share. Experienced investors, however, know that a company's quarterly performance is greater than only one metric. With this in mind, let's dig in a little deeper and see what we can expect management to address when it reports earnings. 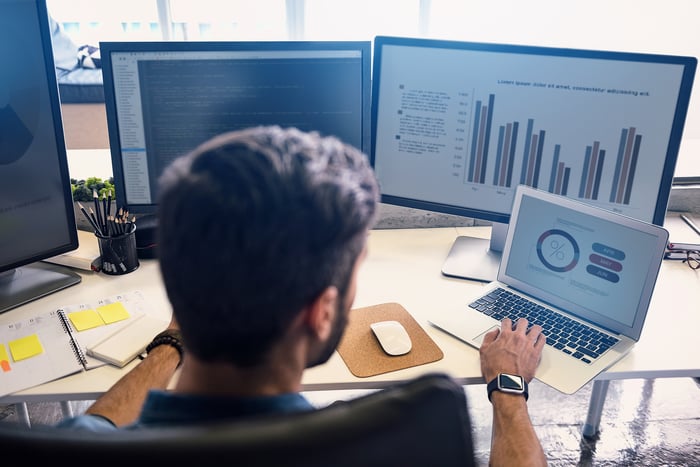 Forecasting gross billings (read: revenue) of $235 million to $245 million in 2019, Plug Power foresees significant top line growth. If the company achieves the midpoint of its guidance, it will represent 30% growth over the $185 million in revenue that the company reported in 2018. According to management, however, the revenue will not be spread out evenly throughout the year; rather, the company will book the majority of sales in the second half.

Speaking to this effect on Plug Power's Q4 conference call, CFO Paul Middleton stated, "And I think what you will see is continued growth year over year, quarter over quarter..." In light of Middleton's comments, investors should look for the company to report Q1 revenue north of $29.1 million -- the amount the company reported in Q1 2018. Evidently, Wall Street is in agreement with Middleton; analysts estimate Plug Power will report Q1 revenue of $34.5 million.

A focus on the follow-up

As Plug Power's first quarter of reporting adjusted positive EBITDA, Q4 2018 was a strong follow-up to the company's previous quarter, when it reported its highest adjusted gross profit margin: 15%. With the notable progress the company has made in pursuit of profitability over the past two quarters, it will be interesting to see how it fared in the first quarter of 2019.

Insight into the C-suite

Besides checking in with specific metrics, investors should be keen on hearing what management has to say regarding the overall state of the company and where it's headed since its recent announcement of hiring Sanjay Shrestha as chief strategy officer. In the press release announcing his hiring, Shrestha lauded Plug Power's potential, stating, "Leveraging its success in the material handling market, the company's cutting-edge hydrogen and fuel cell technology is on pace to provide a comprehensive and sustainable solution to serve e-mobility markets on a global basis." It'll be interesting to see if Shrestha helps the company achieve its goal of expanding beyond the material handling business.

Recently, management has made progress in its efforts to rebuild trust with shareholders, and it will be interesting to see if it can continue to strengthen that bond further. Besides availing itself to the public for conversation and making good on its promise to buy the company's stock on the open market, for example, it can build credibility by keeping its forecasts realistic and achieving its predictions.

What's on the line for Plug Power

While I'm curious to see how well the company fared in growing its top line last quarter, I'll be most interested to see how well the company did in growing the lower lines on the income statement. If the company fails to grow its adjusted EBITDA on a year-over-year basis, it may have trouble achieving its forecast of positive adjusted EBITDA for the full year 2019, compromising the credibility that management has recently forged with investors.