Shares of independent oil and gas producer Carrizo Oil & Gas (NASDAQ:CRZO) climbed as high as 10.8% today and closed up 8.5% at the end of trading, according to S&P Global Market Intelligence. The stock gained close to double digits after the company reported stronger than expected earnings results and encouraging news for the rest of 2019.

Carrizo announced that earnings per share were $1.58 on a diluted basis. According to management, these results include some one-time gains that are "typically excluded from published estimates by the investment community," according to the press release. After adjusting for these gains, earnings were closer to $0.47 per share. Even though it looks worse on paper, it was still well above Wall Street analyst expectations of $0.41 per share. 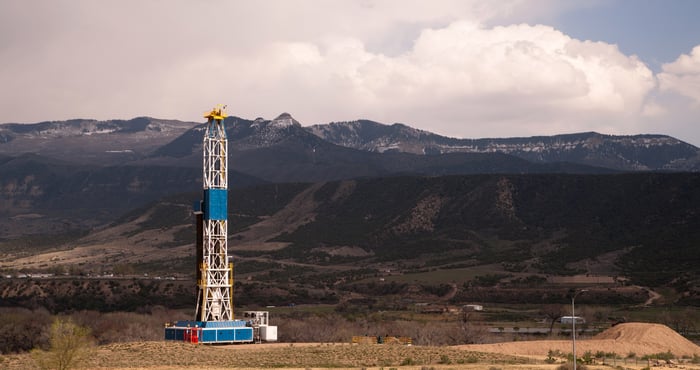 One of the reasons the company was able to produce these encouraging results is that it was able to wring out costs. Management noted that it made "greater than expected efficiency gains" that allowed it to reduce per-well costs across its entire portfolio. Despite these efficiency gains, management maintained its guidance for the year with a target capital spending rate of $525 million to $575 million and production guidance of 66,800 to 67,800 barrels of oil equivalent per day.

Most of the time, oil and gas producers' results like Carrizo's come and go with commodity prices. There might be a company that outperforms because of some futures contracts it had on the books to ensure a specific price per barrel sold or some other shorter-term catalyst to boost earnings. The fact that Carrizo was able to surprise investors by lowering costs faster than expected is better, because it suggests the company will be able to replicate that feat in the future.

A quarterly report is only a data point, though. Not a trend. Oil services companies have been bemoaning low rates for oil and gas equipment and services, so some of those cost gains could go up if oil services companies are in a position to charge more. So while investors should be encouraged by these recent results, this quarterly report alone isn't enough to justify buying the company today.