Shares of Callon Petroleum (NYSE:CPE) rallied nearly 14% by 3:30 p.m. EDT on Monday. Fueling the energy company's surge was news that a major shareholder plans to vote against its proposed merger with Carrizo Oil & Gas (NASDAQ:CRZO).

In July, Callon Petroleum agreed to by rival Carrizo Oil & Gas for $3.2 billion, which included the assumption of debt. That price valued Carrizo at $13.12 a share, which was a 25% premium. The Permian Basin-focused company justified that higher price because it believed that the deal would immediately boost earnings and cash flow per share. Further, it estimated that it would be able to generate more than $100 million in free cash flow starting next year. 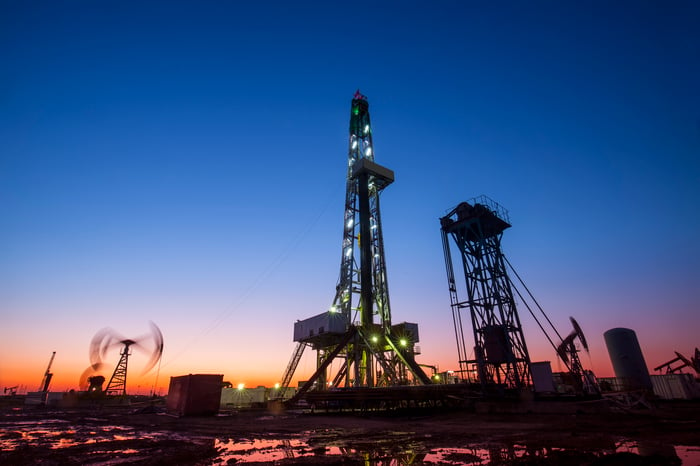 Investors, however, didn't like the proposed combination. Not only is Callon paying a high premium for Carrizo, but it's also diversifying into the Eagle Ford shale, which adds some operational risk. That's why major shareholder Paulson & Co. plans to vote against the proposed deal. It wants Callon to consider selling itself instead of paying a premium to buy Carrizo, which has "inferior assets" in Paulson's view.

Given that Paulson & Co. owns a 9.5% stake in Callon, its decision to vote against the deal increases the possibility that it might fall apart. However, even if Paulson is successful in scuttling this deal, that doesn't mean Callon will then be able to sell itself for a premium price -- so investors will likely be better off watching this battle from the sidelines.