Please ensure Javascript is enabled for purposes of website accessibility
Log In Help Join The Motley Fool
Free Article Join Over 1 Million Premium Members And Get More In-Depth Stock Guidance and Research
By Joe Tenebruso – May 9, 2019 at 3:59PM

New games and services should help the digital entertainment giant's growth rebound in the year ahead.

Net revenue fell 22% year over year to $1.2 billion, mainly due to disappointing sales of the company's Battlefield V and Command & Conquer games. However, this figure was $75 million above Electronic Arts' guidance.

Moreover, net bookings -- essentially, the dollar amount of products and services Electronic Arts sold during the quarter -- rose 9% to nearly $1.4 billion. The gains were fueled in part by the growth of the company's live services, which include EA's subscription services and in-game transactions.

"The last 12 months have been a time of change for the video game industry," CFO Blake Jorgensen said during a conference call with analysts. "Nevertheless, we ended our fiscal year with strong growth, driven by our live services businesses, which continued to provide a very large, stable, and profitable source of net bookings.

"Apex Legends is the fastest growing new game we've ever had, quickly reaching the milestone of 50 million players, and millions more have continued to join," CEO Andrew Wilson said. "It has also helped us tap into new player audiences, as nearly 30% of Apex Legends players are new to EA." 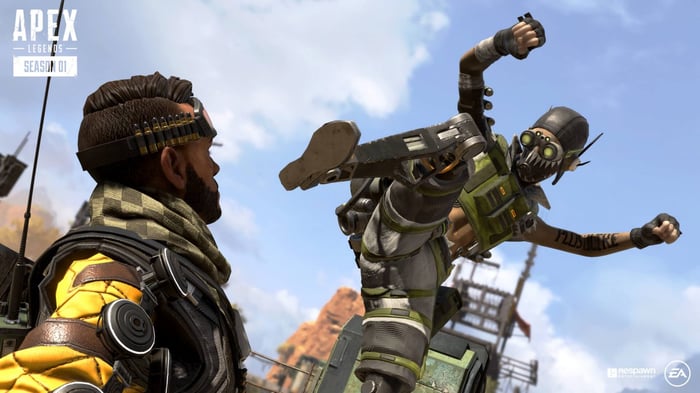 Additionally, esports are helping to boost player engagement with EA's venerable FIFA and Madden NFL franchises. Viewership for the company's FIFA competitive gaming tournaments was up 60% year over year, and its Madden Bowl tournament was watched by seven times as many peak viewers as last year's event.

"Players are engaging with games in more ways than ever before," Wilson said. "We're committed to meeting them where they are with a broad portfolio of amazing new games and live services, choice of engagement models including free-to-play and subscriptions, and new opportunities to play, compete, and watch."