Please ensure Javascript is enabled for purposes of website accessibility
Log In Help Join The Motley Fool
Free Article Join Over 1 Million Premium Members And Get More In-Depth Stock Guidance and Research
By Lou Whiteman - May 9, 2019 at 1:01PM

Poor earnings and an uncertain merger outlook send investors rushing for the exits.

Shares of Avaya Holdings (AVYA -5.17%) are down more than 13% on Thursday after weaker-than-expected earnings overshadowed the telecom equipment manufacturer's confirmation that it is open to a sale.

Avaya, which is barely a year removed from exiting bankruptcy protection, has been a volatile stock so far in 2019, with pressure from poor operating performance offset by excitement over a potential buyout. Investors got a taste of both on Thursday, and the reaction was negative. 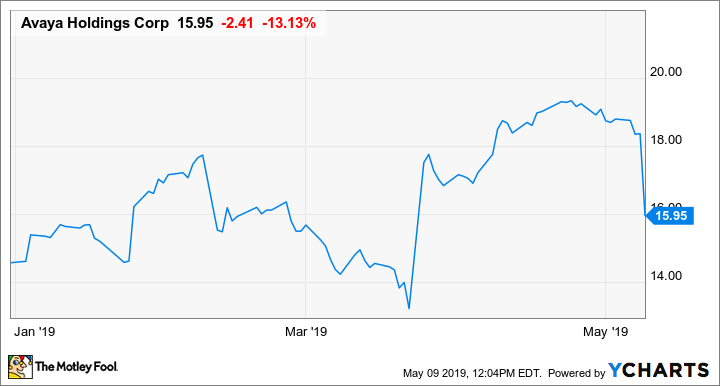 Avaya reported a fiscal second-quarter loss of $0.12 per share on revenue of $709 million, missing analyst expectations for a $0.75 per-share profit on revenue of $749 million. The company said that for the full year it expects revenue of between $2.92 billion and $2.97 billion, which is less than the $3.07 billion consensus estimate.

President and CEO Jim Chirico said in a statement, "Our topline results and earnings fell short of expectations," adding that "we have implemented a number of corrective actions" to try to improve performance. 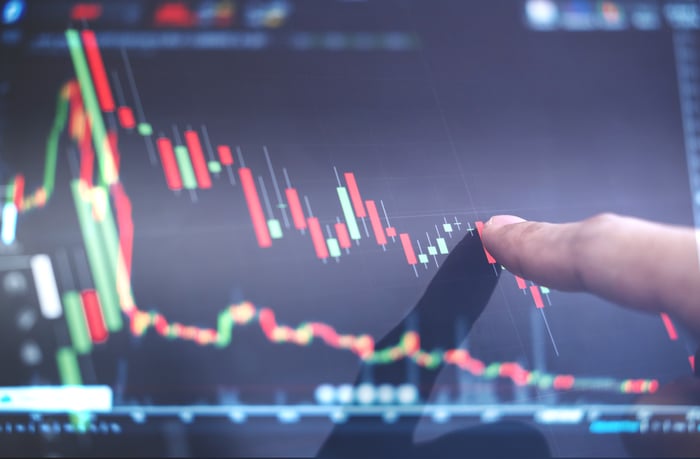 "While I'm disappointed in our results last quarter, overall, I remain confident about our path forward given the momentum and traction we are seeing in many segments of our business including cloud, services and emerging technologies," Chirico said.

It remains to be seen whether investors will get a chance to see if he is correct. Chirico said that "following the receipt of expressions of interest," the company has engaged J.P. Morgan to help it explore strategic options.

Avaya is in a tough business, facing competition from heavyweights including Cisco Systems and Microsoft that have far deeper pockets. With that in mind, it might make sense for the business to find a partner.

The question for investors now is how likely it is that Avaya will find a buyer. The Wall Street Journal reported last month that privately held Mitel Networks had floated an offer of $20 to $22 per share, well above the current price, and private equity firms were also said to be taking a look.

Investors appear to be interpreting Thursday's confirmation of hiring bankers, after months of rumors, as an indication that those offers might no longer be on the table and that Avaya might be back to square one. That remains to be seen. But until Avaya announces either a deal or a turnaround, this stock is likely to continue to struggle.