Please ensure Javascript is enabled for purposes of website accessibility
Log In Help Join The Motley Fool
Free Article Join Over 1 Million Premium Members And Get More In-Depth Stock Guidance and Research
By George Budwell – May 15, 2019 at 10:28AM

Canada's top pot producers have all seen their valuations shoot higher this year -- that is, except Tilray (TLRY). Over the first five months of the year, Tilray's market cap has slipped by an unsightly 25%. Worse still, the company's valuation has now been cut in half from its former high.

However, this downward trend might finally be nearing an end. Yesterday, Tilray posted better-than-expected first-quarter numbers that might give its stock a much-needed jolt heading into the second half of the year. Should investors buy into this strong quarterly performance? Let's dig deeper to find out. 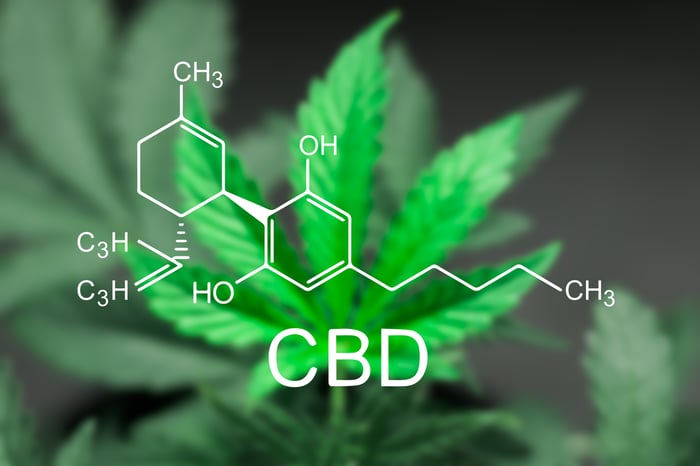 Tilray's top line soared by a whopping 195.1% in the first quarter to $23 million, relative to the prior-year period. The combination of recreational adult-use products, medical cannabis, Manitoba Harvest's hemp-based foods, and international cannabis sales all helped to drive this hefty surge in year-over-year sales. Perhaps the best part is that Tilray's first-quarter sales came in far higher than those of Cronos Group (CRON -3.75%) -- a chief competitor in the emerging cannabis space.

Tilray also plowed a noteworthy $32.6 million to expand its production facilities in Canada during the first quarter. This sizable investment will reportedly boost the company's production capacity by 203,000 square feet across three of its facilities in Nanaimo, British Columbia, Leamington, Ontario, and London, Ontario. Tilray's worldwide production capacity is now slated to rise to 1.3 million square feet, up from 1.1 million square feet prior to this expansion project.

The pot company also highlighted its recently formed strategic partnership with Authentic Brands Group. This alliance immediately gave Tilray access to a portfolio of more than 50 iconic brands, and a North American distribution network. The two companies expect co-branded CBD products from this partnership to hit the market in the second half of 2019 in both the U.S. and Canada.

Despite this stately rise in sales, Tilray still posted a net loss of $30.3 million for the three-month period. That's not surprising in light of the company's aggressive expansion plans, but it is a net loss nonetheless.

Another problematic area is Tilray's anemic gross margin. Tilray's 23% gross margin simply doesn't stack up well with other top competitors like Aurora Cannabis (ACB -2.40%) or Cronos. Aurora and Cronos, after all, reported gross margins in the most recent quarter of 55% and 54%, respectively. Tilray blamed its various expansion projects and the costs associated with third-party suppliers for this sizable profitability gap compared with its peers.

Although Tilray's commercial engine is humming along at a much faster pace than Cronos', the company isn't performing well compared with other top dogs like Aurora. Underscoring this point, Aurora reported a healthy CA$65.1 million ($48.5 million at current exchange rates) in net revenue for the most recent quarter. Tilray plans to bridge this gap by rolling out novel edible/beverage products later this year and further expanding into the North American market as regulations permit. Wall Street thinks these efforts could more than quadruple the company's sales over the next year.

Is Tilray a buy?

The answer boils down to your investing timeline. Tilray, like nearly all its marijuana peers, is a work in progress. The company is burning through cash right now to build out its production facilities, develop novel brands/product lines, and to conduct research that could one day open the door to lucrative opportunities in the medical cannabis space. This process will take time.

So, if your investing horizon is less than, say, five years, you are probably better off skipping this name right now. Tilray, after all, still sports a sky-high valuation at over 12 times next year's estimated sales, implying that most of the company's near-term growth is already baked into its share price at this point.