Please ensure Javascript is enabled for purposes of website accessibility
Log In Help Join The Motley Fool
Free Article Join Over 1 Million Premium Members And Get More In-Depth Stock Guidance and Research
By Christy Bieber – May 16, 2019 at 6:45PM

Is early retirement really the right choice for you? Find out about five big downsides here.

Retiring early may seem like a great plan, but it's not necessarily all it's cracked up to be. Leaving the workforce prior to your mid-60s can come with huge financial and mental challenges that can derail your entire retirement if you're not prepared for them.

So, before you get all excited about handing in your notice early, make sure you consider these five major downsides of early retirement. 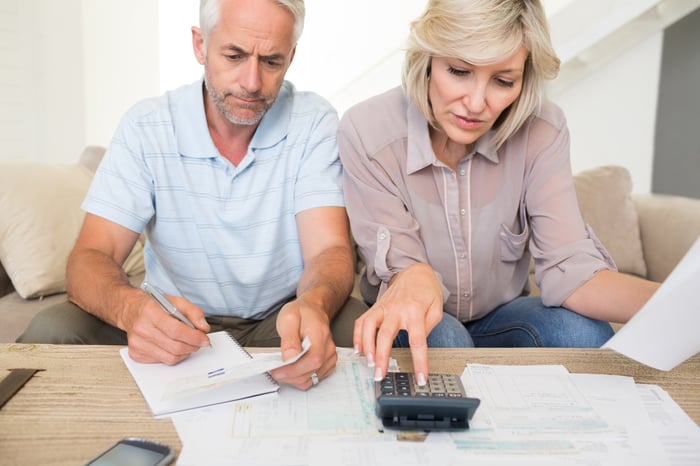 1. You may not be able to access all your retirement funds

When saving for retirement, it typically makes sense to put money into a workplace 401(k) or an IRA because you can get tax breaks for investing in these accounts. If you're planning to retire really early, you could run into a problem: You typically can't take your money out of tax-advantaged retirement accounts until you're at least 59 1/2 without incurring a 10% penalty for early withdrawal.

While there are some exceptions -- such as if you take substantially equal periodic payments -- accessing your invested cash is a lot more complicated. This can mean you either have to jump through hoops or invest in traditional brokerage accounts that don't provide tax breaks, which makes investing for retirement more expensive. If you don't want to deal with the hassle or lose the help the government provides with retirement savings, you may decide just to commit to work until at least 59 1/2.

2. Healthcare may become a big challenge

Healthcare in retirement is really expensive, because there's a lot Medicare doesn't cover. But if you retire before you become eligible for Medicare at age 65, you're likely to incur even more expenses than the typical retiree. That's because you've got to figure out how to stay covered from the time you retire until you hit your 65th birthday. There are a few ways to do that, but all of them have a high price tag.

You could potentially keep coverage with your employer through COBRA for up to 18 months, but you would have to pay all the premiums for the policy without any subsidies from your former company. You may be able to get coverage on a spouse's plan if your spouse continues to work -- but many companies charge more to insure dependents than to just get coverage for an employee. Signing up for a policy on the Obamacare exchange is another option, but these policies often come with high deductibles and sometimes very high premiums if you aren't eligible for subsidies.

You can't go without health insurance because this could lead to financial disaster, so have a plan for affordable coverage -- and enough saved to cover care costs later in retirement that you'll likely be responsible for. In other words, don't burn through your health savings account by keeping your costs paid from age 62 to 65 and end up with nothing to cover care costs when you're in your 80s.

3. Your savings will have to last a lot longer

If you retire at 55 instead of 65, you have fewer years to save money for retirement -- and more years when you'll be drawing from your savings to support you. The sooner you start making withdrawals from your investment accounts, the sooner you'll deplete your money, and the more likely it is you'll run out of cash too early.

This can be an especially big problem because spending tends to be the highest during the early years of retirement and at the end of retirement. If you spend too much money having fun when you retire early, you may have too little left when serious health issues arise and you have to pay high prices for medical care or long-term care.

4. Your Social Security benefits could be reduced

If you plan to retire early, chances are favorable you're also going to claim Social Security benefits as early as you can so you don't have to rely on savings alone.

While you can start claiming Social Security at 62, you'll see a big reduction in benefits if you retire before full retirement age (FRA). In fact, if your FRA is 67, as it is for people born in 1960 or later, you're going to end up seeing a 30% reduction in the benefits you'll get at 62 compared with if you'd waited. Social Security benefits that start lower never catch up, as your cost-of-living adjustments (periodic raises) are based on a percentage of the current benefits you're receiving. Survivors benefits will also be lower, so you'd better hope your spouse wasn't going to rely on them to maintain his or her standard of living if you pass away first.

5. You've got a much better chance of being bored

Finally, early retirement could leave you with a lot of time on your hands -- and if you don't have a plan to fill this time, you could end up bored.

Boredom can lead you to spend more money to occupy your time, which exacerbates the risk of running out of money. It could also lead to depression, especially if you lose many of your social connections when you leave the workforce. To make sure you don't end up regretting your early exit, have a clear plan in place for how you'll spend your days before you hand in your notice.

Is early retirement a good idea?

As you can see, there are lots of reasons not to retire too early. If you stick it out in the workforce a little longer, you could have much more money to enjoy your retirement years -- and way fewer worries.

Waiting may be worth it, but if you do decide to go ahead with early retirement, be sure to do so with both eyes open and a plan for dealing with some of the big downsides discussed here. By making a plan, you can mitigate or avoid some of these negatives so you'll be able to enjoy not just your extra years out of the workforce, but also your entire retirement.