Please ensure Javascript is enabled for purposes of website accessibility
Log In Help Join The Motley Fool
Free Article Join Over 1 Million Premium Members And Get More In-Depth Stock Guidance and Research
By Rich Duprey – May 17, 2019 at 10:16PM

Fourth-quarter earnings didn't give any hope that the U-turn would happen anytime soon.

Vista Outdoor (VSTO -4.01%) still has a lot of work to do to accomplish a turnaround. The outdoor-gear maker's fiscal fourth-quarter earnings report was as rocky as expected, with sales falling 10% to $515 million and adjusted profits of $0.01 per share coming in much lower than anticipated.

A lot of moving parts remain as Vista tries to reorganize its business to de-emphasize shooting sports and figure out what brands to keep. But as it moves along in the process, the goalposts keep changing, and its operations still face a very weak environment that continues to hurt results. With no relief in sight, Vista Outdoor completed yet another year with a loss, its third in a row. 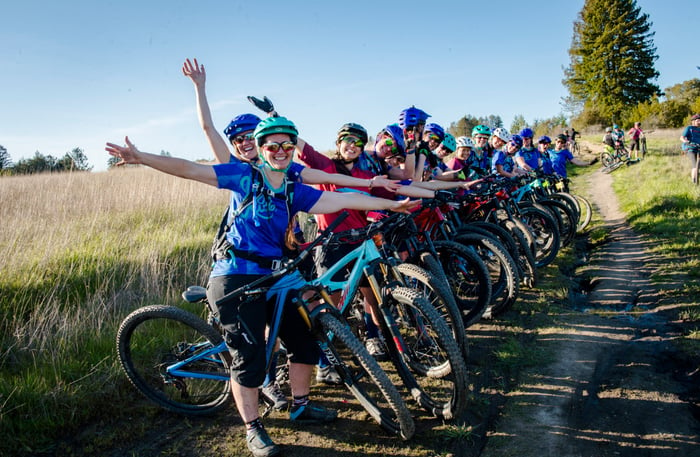 Vista said fourth-quarter sales exceeded its own expectations, and it has repositioned its business so that it is expecting to achieve organic growth in the outdoor-products segment for the first time in the company's history. But it still lost $648 million for the year, which was much worse than the $274 million loss it recorded the year before.

However, much of that was the result of a massive $537 million impairment it had to take to goodwill and some intangible assets. Because its stock price has tumbled so far -- it's down 50% from recent highs -- the difference between the market value of Vista's equity and the book value of its assets widened to such a degree that accounting rules required it to adjust the values.

Vista says there is a chance one of its big customers (it didn't name which one) will file for bankruptcy protection, so it increased the reserves related to bad debt. It also hiked the reserves set aside for product liability lawsuits and experienced a temporary production and supply problem in its shooting sports segment, causing it to be unable to meet demand for certain higher-margin products.

No deal on the firearms division

As if that wasn't enough, Vista is no longer on target to sell its Savage Arms firearms division quickly.

Despite having said a number of enthusiastic buyers were interested in Savage, it zeroed in on one of them to make a deal before the end of the quarter. But that didn't happen. Vista's "buyer due diligence has taken significantly longer than we thought," CEO Christopher Metz said. It's still moving forward with that buyer, but should the deal fall through -- no actual terms have been reached yet -- Vista will open up the sales process again.

However, because Vista is including the operations of Savage Arms in its full-year guidance, it sounds like the gunmaker is going to be part of the outdoor gear company for a good while longer.

A turnaround is still far into the future

Not everything was terrible: Sales came in higher than expected, though still down year over year. It also decided to hang on to its Bell and Giro bicyclist-protection brands because it still sees more growth for them, though it sounds like it may eventually sell them.

Metz told analysts on the earnings conference call that the company believes "those brands can return to growth and display the leadership economics we expect." At the same time, though, he also doesn't think Vista could get the asking price it wanted for the businesses if it tried to sell them now, so it took them off the market and will try to nurse them back to health. Metz expects Vista will hang on to the brands for several more years at least.

Vista's indebtedness was also reduced by $211 million in the quarter, a 23% reduction, which mostly was a result of applying the proceeds from the sale of its eyewear business to its debt load. The outdoor-gear maker said it was able to renegotiate its credit facilities, lower the rates, and improve the terms, which will give it more maneuverability as it reshapes its business.

So while Vista Outdoor is correct in saying a transformation doesn't happen quickly, not even over the course of a year, it may still be a long time before investors see this business begin to grow again.