Please ensure Javascript is enabled for purposes of website accessibility
Log In Help Join The Motley Fool
Free Article Join Over 1 Million Premium Members And Get More In-Depth Stock Guidance and Research
By Nicholas Rossolillo - May 17, 2019 at 9:34AM

The networking hardware company is still on a positive trajectory.

Shares of Ubiquiti Networks (UI 3.26%) have been pounded the last couple of weeks. The stock has taken a 25% tumble since the U.S.-China trade war escalated, and a slowdown in sales during the last reported quarter didn't help. The hardware company is still growing, though, and its outlook is positive for the time being. Though uncertainty abounds, now could be the buy-the-dip opportunity investors have been looking for.

A good year by any measure

Ubiquiti is having a phenomenal year. At the onset of the company's 2019 fiscal year management had guided for revenue to come in between $1.1 and $1.2 billion, at least an 8% increase year-over-year. Earnings were forecast to be $4.00 to $4.80 per share, a 59% increase at the low end. After the third-quarter report, Ubiquiti is well on track to handily beat both metrics.

With business rolling, why the poor reaction from Wall Street? The reason is likely that Ubiquiti's momentum slowed during the third quarter. Revenue grew 14% year-over-year and adjusted earnings were up 29% -- both more than respectable, but nonetheless more sluggish than the recent past. However, even after the pullback, Ubiquiti's stock is up 63% in the last 12 months as of this writing, so it isn't too surprising that the most recent quarter's results tempered those returns. 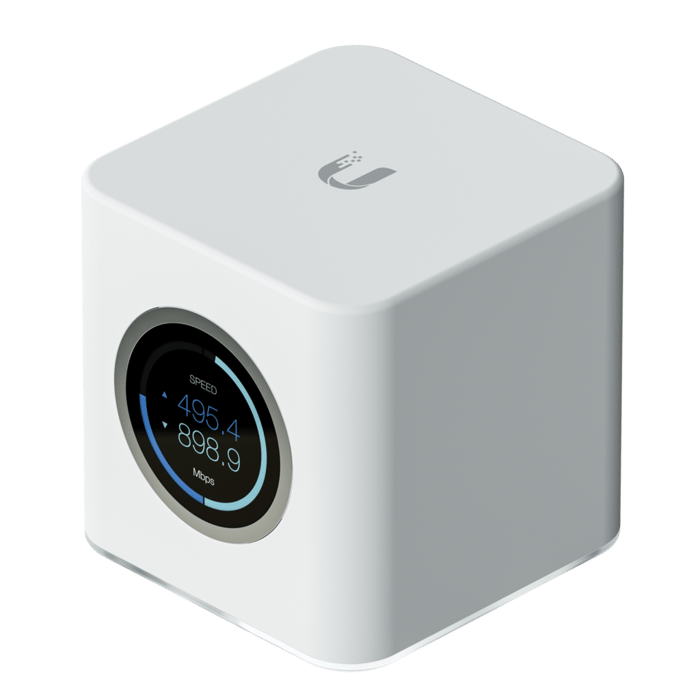 The quarterly cool-off was only half the story -- the aforementioned trade war with China was the double whammy. Some of Ubiquiti's manufacturing process lies across the Pacific, so the recently enacted tax of 25% (up from 10%) on $200 billion worth of imports could pose a problem. Ubiquiti had stated previously in its guidance that tariffs had the potential to reduce the bottom end of its earnings-per-share guidance to "$3.65 or lower."

The final quarter of Ubiquiti's fiscal year is already under way, though, and management reiterated confidence that the company will meet its guidance targets. Barring a sudden disappearance of sales in the final month of fiscal 2019 operations (the period ending in June 2019), the hardware maker looks safe.

Nevertheless, things could get tricky headed into the new fiscal year if Ubiquiti isn't able to mitigate the effects of the trade taxes. The good news is that the previous import duty has been dealt with, so perhaps the more recent hike can be handled as well. Ubiquiti doesn't host a quarterly conference call, so investors will want to be ready for updates during the fiscal year-end report -- specifically language explaining how the trade war could negatively impact profits.

Until then, Ubiquiti is still on a positive trajectory. The stock is priced at 29.6 times trailing 12-month earnings and 24.7 times expected 12-month forward earnings. That isn't cheap, and prices in plenty more growth in the year ahead. However, the recent tariff- and quarterly slowdown-induced stock drop looks like a good buying opportunity, though investors should expect plenty of more volatility ahead.