Eldorado Gold (NYSE:EGO), an intermediate gold producer with operations spanning three continents, recently released its Q1 earnings. Contrary to analysts' expectations, Eldorado Gold reported revenue of $80 million -- well below the consensus estimate of $112.4 million. There's much more to a company's quarterly performance than one number, though, so let's grab our shovels and mine the report for some of the more interesting nuggets.

1. A tale of met and missed expectations

Consistent with management's expectations, Eldorado reported gold production of 82,977 ounces in Q1 2019. Although investors may be disheartened by the fact that this represents a 7.7% year-over-year decline from the 89,374 gold ounces the company produced during the same period last year, they may be relieved to learn that Eldorado reported 19,678 ounces of pre-commercial production at Lamaque in Q1, and achieved commercial production at the end of the quarter. 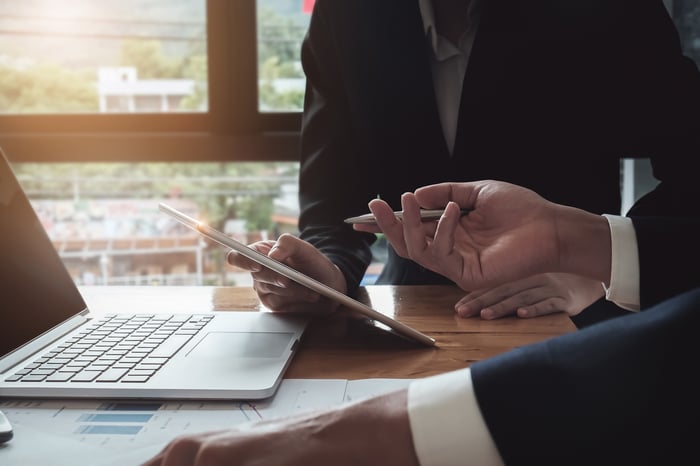 Although Eldorado's gold production in Q1 provided management with no surprises, the amount of yellow stuff sold in the quarter, 43,074 ounces, came up short of expectations. The unexpectedly low volume of gold sold last quarter -- an eye-raising 50.3% lower than Q1 2018 -- resulted from delays of concentrate shipments from Efemcukuru, one of the company's assets located in Turkey. This, in addition to an average price of gold that was 5% lower year-over-year, significantly impacted the company's top line. Eldorado reported revenue of $80 million in Q1 2019, a 39% drop from the $131.9 million the company reported in Q1 2018.

2. The heavy cost of inventory build up

While the consequences of the lower sales volume at Efemcukuru are unmistakable, management is confident that some of the negative effects are temporary, stating in the earnings report that "This increase in AISC during Q1 2019 is expected to be remedied over the next two quarters as the concentrate inventory build up is sold."

3. The road to greater cash flow winds through the Great White North

While bears may emphasize Eldorado's challenges at Efemcukuru last quarter, bulls will surely stress the company's success at its lone Canadian asset: Lamaque. Located in Quebec, Lamaque (along with Kisladag in Turkey) was recognized by management on the company's recent conference call as having the potential to "generate free cash flow over the next several quarters, giving us the financial flexibility to pay down debt and reinvest in our business." With 20,000 gold ounces in pre-production under its belt after the first quarter, Lamaque remains on track to achieve 2019 gold production guidance of 100,000 ounces to 110,000 ounces.

Looking to increase the value of the asset, Eldorado has several initiatives in place to develop operations at Lamaque -- initiatives that advanced nicely in the first quarter. For example, underground development proceeded as expected in Q1, while the company also made progress in preparing for the second phase of tailings construction. Moreover, Eldorado completed more than 8,000 meters of drilling focused on resource expansion in the lower Triangle Deposit during the first quarter.

While the first quarter of 2019 may not represent the glittering start to 2019 investors were looking for, the challenges at Efemcukuru don't seem to be insurmountable, and management seems optimistic that it will succeed in achieving both its mineral production and cost guidance. Of course, there's plenty of time remaining in 2019 for other challenges to emerge, so investors should take management's auspicious outlook with a grain of salt. Taking the good with the bad, moreover, investors shouldn't shy away from celebrating the company's successful development of Lamaque. But with commercial production under way at the mine located in Quebec, investors should look for confirmation in future earnings reports that the mine is generating the strong cash flow management believes it is capable of.