Larry Culp has done a lot of things since being appointed CEO of General Electric (NYSE:GE) in October 2018, but one of the most important has been the gradual restoration of confidence in management's guidance. Now, for the first time in three years, the company has exited the first quarter without significant questions around its full-year guidance. This matters a lot to the long-term case for buying the stock. Here's what happened and why it matters.

To understand the significance of the matter, you have to go back through the last two tumultuous years for GE and look at how much credibility was destroyed by the previous management teams. Incredibly, the stock has lost around 68% of its value since the start of 2017, with ongoing weakness in the power segment and GE Capital at the forefront of the company's woes. What's striking about the last two years is just how far behind the curve the previous CEOs, Jeff Immelt and John Flannery, were in terms of the deterioration in power.

For example, in the first quarter of 2017, there were early warning signs that tough times were ahead for GE. Horrible numbers for cash flow from operations were one of the first signs, including an outflow of $1.6 billion instead of the expected much smaller $600 million in negative cash flow, with issues in the power segment being the main cause.

Despite those problems, Immelt remained tied to the mast of a target of $2 per share in operating earnings by the end of 2018, even as gas turbine orders (power segment) were clearly weakening. Moreover, GE had just come off a year in which it significantly missed its own revenue growth forecast -- full-year 2016 revenue growth came in at just 1%, after management had started the year forecasting 2%-4%.

In case you are wondering, GE's non-GAAP (generally accepted accounting principles) adjusted earnings per share came in at just $0.65 in 2018, and Immelt left in June 2017 without formally abandoning the target.

The new CEO took over and brought a sense of optimism that GE's management would be more accurate with guidance. However, you can change a CEO, but you can't change a deteriorating power market. Flannery certainly doesn't deserve criticism for weakening demand for gas turbine equipment and services, but he does deserve criticism for not reacting to events fast enough.

For example, in November of 2017 GE's implied guidance for the power segment in 2018 was for profit of around $2.45 billion. Fast-forward to the first-quarter 2018 earnings, and CFO Jamie Miller's commentary implied power profit would be around $1.95 billion -- a whopping $500 million reduction in expectations in a few months.

No matter; Flannery stuck to his adjusted EPS guidance of $1 to $1.07 for 2018 as it increasingly looked untenable. It gets worse. Based on Flannery and Miller's own commentary, and their lowering of turbine shipment estimates through 2017/2018, conditions were clearly getting worse in power.

In the end, the power segment would deliver an $808 million loss in 2018 -- some $3.26 billion below the target initiated in November 2017 -- and, just as Immelt did before him, Flannery would depart sticking to an unrealistic earnings target.

In the specific context of GE in the last couple of years, it's incredibly important to regain the confidence of investors regarding guidance -- something that Culp has been slow and careful in doing.

In a nutshell, the case for buying GE stock isn't really about what earnings and cash flow will be in the next couple of years, but rather what its cash flow generation could be after 2020. To convince investors that GE is on the right long-term track, management needs to reassure the stock market that it's on the right pathway to its near-term targets.

Moreover, GE needs to convince the bond market that its debt reduction plans -- which rely on improved cash generation and asset sales -- are viable. 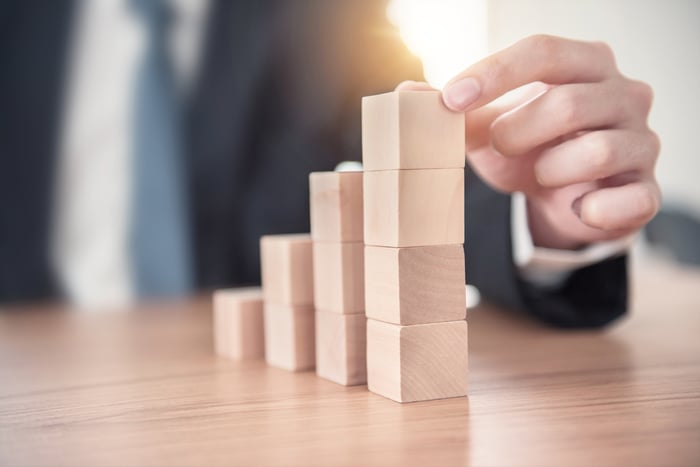 Where GE is now

All of which leads to where GE is right now, and fortunately the company's first quarter saw the company delivering a set of results widely seen as a positive start to 2019. The contrast with Immelt's and Flannery's first quarters is clear.

That's not to say it will be easy to meet Culp's guidance for adjusted EPS of $0.50-$0.60 and industrial free cash flow of negative $2 billion to zero in 2019. For example, the impact of ongoing problems on the Boeing 737 MAX is a risk, and significant improvement at power has yet to surface in the numbers. But at this stage GE investors will be happy with a first quarter that doesn't raise significant questions about its full-year expectations.

All told, Culp's doing a good job of restoring confidence in GE's guidance. That's the key first step in turning the company around, and this time the focus will be on guidance that the company can actually meet -- a big plus for shareholders.