Game of Thrones completed its eight-year run on Sunday, and armchair critics will be debating the show's merits and base-rattling final few episodes for a long time. No matter how you feel about how the storylines played out, one thing that can't be taken from the wildly popular show's legacy is that it has provided us with some pretty amazing quotes.

Many of the show's more popular lines can also be taken as sage investing advice. Let's go over a few of the show's iconic quotes -- and no, there will be no spoilers in this piece, in case you aren't caught up to the end of the show or if you plan on binge-streaming it in the future. 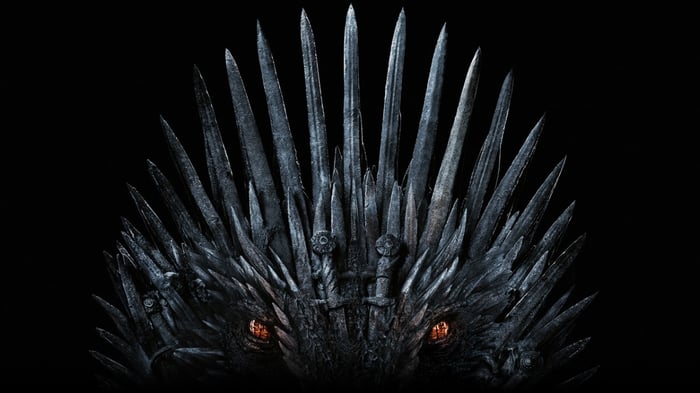 British nobleman Baron Rothschild is credited with saying that the time to buy is "when there's blood in the streets," and Game of Thrones gives that notion an equally colorful turn when it comes to taking political steps in the face of calamity. As investors we've seen this in action. A stock takes a hit on news that isn't as negative as the market reaction seems to suggest. We see industry stocks take hits when an unfavorable development appears to be an isolated event for a single company within that sector.

Twilio (NYSE:TWLO) took a hit two years ago after revealing that one of its largest customers -- accounting for 12% of its revenue at the time -- was kicking the tires of rival offerings. The leading provider of in-app communication solutions saw its stock shed a quarter of its value as it tweaked its guidance slightly lower to account for the potential shortfall. Lost in the calamity was that Twilio's expanding customer base found it relying less on any single account. Twilio stock has gone on to soar sixfold since that initial hit two years ago.

Bad news isn't always bad news. Volatility is a dinner bell. Chaos creates uncertainty, but it can also create the best time to stay a step ahead of the investing masses if you rationally assess how things will stand after things play out.

2. "Never forget what you are. The rest of the world will not. Wear it like armor, and it can never be used to hurt you."

Investors don't lose their shirts chasing hot trends or speculating in penny stocks because they took on big risks. Some of Wall Street's greatest investors got to where they are today by taking big chances. The problem with many unsuccessful investors is that they chase what they don't understand.

Income investors buying into a speculative blockchain or biotech stock without knowing anything about those markets make about as much sense as a growth investor being wooed by an investment's chunky yield without knowing the ins and outs of how a particular REIT or MLP operates. Peter Lynch became a mutual fund managing legend by buying what he knew and by taking his family to the mall and tapping into consumer habits. The best investments in your life will probably be from the companies you know well in the industries that you know best.

One of the more memorable lines in Sunday's night's final episode -- and again, no spoilers -- comes when one of the key characters asks another show icon if what they just did was the right thing to do. The response is to wait a decade before passing judgment.

Time is the ultimate judge. Even cheering Twilio as a six-bagger since it bottomed out two years ago -- the way I just did -- seems as if it may be a case of celebrating too early. Whether we're talking about an actual buy-or-sell investor decision or a company itself deciding on an acquisition or strategic shift, the right verdict isn't immediately evident.

Winter is coming? It's always coming. Summer is always coming, too. Let's see where things stand a decade of changing seasons later.