Jamal Carnette, CFA, Rich Duprey, and John Bromels
(TMFJcar)
Author Bio
Inspired by the idea of "making your money work for you" at a young age, mostly because he was a lazy child, Jamal parlayed that inspiration into a love of the psychology of markets, competitive advantages, and thematic investing. He later shrug off that laziness, with a career that included stints as a mortgage trainer, a stockbroker, and a corporate restructuring financial analyst at a Big 4 firm. Jamal graduated from George Mason University with a bachelors of science in finance, American University with a masters in finance, and is a CFA Charterholder.

What do Warren Buffett, Joel Greenblatt, and Ken Heebner have in common? All three got rich from investing in the stock market. So, when they invest their own money in a company, it pays, often literally, to pay attention.

However, nobody's infallible, and even the greatest investors have a few picks that, in hindsight, they'd rather forget. With that in mind, we asked three Motley Fool contributors to pick a company that a famous investor has recently invested in and see whether it's worthy of further inspection. Here's what they had to say about Kohl's (NYSE:KSS), Amazon.com (NASDAQ:AMZN), and Royal Dutch Shell (NYSE:RDS.A) (NYSE:RDS.B). Rich Duprey (Kohl's): Ken Heebner no longer gets the kind of attention other fund managers do these days, but in the 1980s and '90s, the co-founder of Capital Growth Management, a money management firm with more than $6 billion under management, was considered without peer. However, he's still widely respected, and today he's taken interested in Kohl's and it's easy to see why.

Despite the mess most other department store chains have become, Kohl's is one of the few trying to reshape the landscape, changing just how consumers should think about retail generally -- and department stores, in particular.

Most obvious of all is the downsizing Kohl's is incorporating while adding new concepts to its stores. Although numerous rivals are also shrinking their square footage and inviting other businesses to design new store-in-store boutiques, Kohl's is going one better by partnering with companies that can add a synergistic benefit because they will be driving more customer foot traffic.

For example, there is Kohl's partnership with fast-growing supermarket leader Aldi, which will take over unused space in the department store and set up a grocery store. They'll have separate entrances and not be accessible to one another from within, but the repeat business a supermarket generates could help drive more customers to Kohl's as well. It is doing a similar thing with gym operator Planet Fitness.

Of course, there is Kohl's partnership with Amazon.com, where it will not only sell Alexa-enabled smart-home products, but Kohl's serves as a drop-off point for customer returns of items bought on the e-commerce site. That relationship reportedly is already generating benefits.

At 10 times this year's earnings and just a fraction of its sales, Kohl's is trading at some discounted valuations. It also goes for less than 10 times the free cash flow it produces, making it a bargain-basement stock.

The investment that turned Berkshire from value to growth

Jamal Carnette, CFA (Amazon): When it comes to value investing, it doesn't get any better than Berkshire Hathaway's Warren Buffett. That's why it was so shocking when Berkshire revealed a nearly $900 million stake in growth juggernaut Amazon in its 13F filing at the end of March.

Buffett didn't technically make the investment -- one of his portfolio managers pulled the trigger. However, all signs point to that he's content with the move. Last year, Buffett, JPMorgan CEO Jaime Dimon, and Amazon founder Jeff Bezos announced they'd work together on a nonprofit healthcare venture. Additionally, despite his well-known aversion to technology, Buffett admitted "he blew it" by not investing in the company earlier.

It's easy to see what Berkshire sees in Amazon as it's well positioned in three business lines with long runways for growth. E-commerce may seem ubiquitous, but it's only 10% of total retail sales. As Amazon continues to innovate in this space, that figure will only grow, stealing share from traditional brick-and-mortar storefronts.

Amazon Web Services, its cloud product and profit center, sits on the forefront of the Internet of Things and increased compute and storage need. Finally, Amazon is becoming a digital marketing giant, taking third place in market share behind Alphabet and Facebook, and growing quickly. Amazon not be Berkshire or Buffett's typical investment, but it could be one of their best over the next decade. 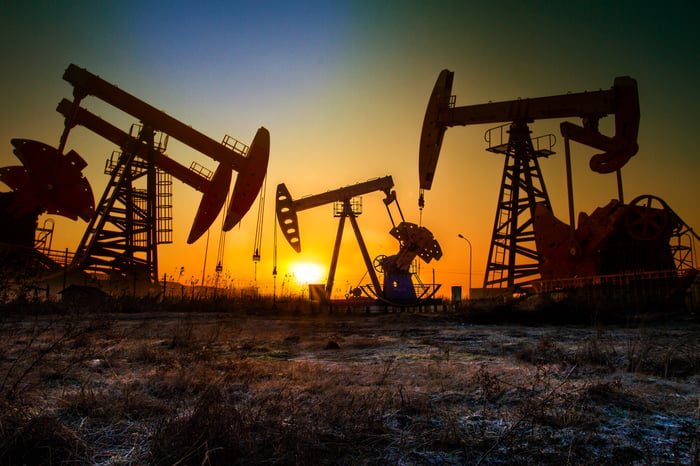 They know the metrics don't lie

John Bromels (Royal Dutch Shell): It's tough to know exactly what the world's best investors are buying right now, but thanks to quarterly reports from some of the world's largest investment funds, we know what they were buying last quarter. And quite a few of them were picking up shares of big oil behemoth Royal Dutch Shell.

In Q1 2019, Gotham Asset Management's Joel Greenblatt -- who has authored several books on investing, including my personal favorite, You Can Be a Stock Market Genius -- increased his position in Shell by 38.2%. And he wasn't alone: Ken Fisher of Fisher Asset Management upped his stake in Shell by 31.3%. The folks at NWQ Investment Management, which has some $4.6 billion under management, scooped up Shell shares as well, increasing their position by 12.7%.

Luckily, there's no need to guess why this is happening. One glance at Shell's current metrics says it all. Shell has the lowest P/E ratio among big oil companies at 11.6%, and the highest dividend yield, which is currently 5.8%. Its price-to-book ratio is the second-lowest among the majors at 1.3. And it turned in an impressive Q1 2019 to boot.

Sometimes, by the time we see those quarterly reports and know what top investors have bought, the stocks have already moved on. But thanks to a late April drop in crude oil prices, Shell is still trading at an attractive price. That makes now a great time to consider picking up shares.