Raven Industries (RAVN) announced fiscal first-quarter 2020 results on Monday after the market closed, demonstrating a steep decline in both revenue and net income -- though the mini-industrial conglomerate's management was quick to assure investors this weakness should prove short-lived.

With shares up around 2% in Tuesday's trading as of this writing, let's batten down the hatches for a better idea of what held Raven Industries back this quarter and what we should be watching for the rest of the year. 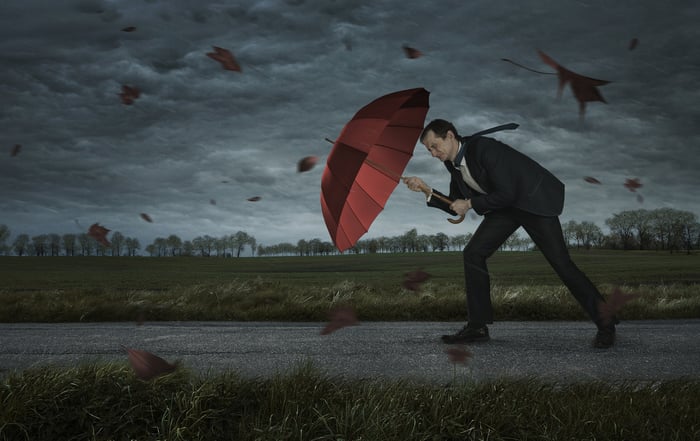 Temporary conditions impacting our Applied Technology division and short-term operational challenges in our Engineered Films division held down our first quarter results. While unfortunate, we do not believe our first quarter performance is indicative of our performance for the rest of the year. To the contrary, we expect growth in both sales and operating income in each division this fiscal year. I rarely comment on our performance relative to our plan, but in this case, it is important for you to know that we delivered according to our plan for first quarter earnings per share. We fully expected the drop-off in hurricane recovery film sales in Engineered Films and the corresponding impact this would have on our operating profit. However, we did not plan for the floods, power outages and the extraordinarily late spring season impacting the [agriculture] market. Despite these unanticipated short-term challenges, we performed to plan for the quarter, and we are on track for the year.

To that end, investors should note the first quarter of last fiscal year was the only period in fiscal 2019 in which the company enjoyed abnormally high hurricane recovery sales. So this particular headwind should abate starting next quarter.

Meanwhile, Rykhus insists that Raven Industries' "long-term strategy remains sound," with the caveat that they may need to ramp up investments in each of their three operating segments to meet their longer-term goal for driving annual earnings growth of 10%.

"We are actively evaluating the best opportunities for this increased resource allocation in a way that builds on the success achieved in fiscal 2019, delivers strong results in fiscal 2020 and positions us well for the long term," Rykhus added.

All things considered, this certainly wasn't a perfect quarter. But it also wasn't as disappointing as Raven Industries' headline numbers seemed to indicate at first glance. With shares already down around 30% from last August's highs, it's no surprise to see the stock reflecting the market's tentative approval today.