Please ensure Javascript is enabled for purposes of website accessibility
Log In Help Join The Motley Fool
Free Article Join Over 1 Million Premium Members And Get More In-Depth Stock Guidance and Research
By Lou Whiteman - Jun 21, 2021 at 10:19AM

The company has a deal to be acquired by Italy's CNH Industrial.

Shares of Raven Industries (RAVN) climbed nearly 50% at the open on Monday after the agriculture tech company announced plans to be acquired by CNH Industrial (CNHI 1.40%). CNH is paying a large premium to get the deal done, and Raven shares are reacting accordingly.

Before markets opened on Monday CNH said it has a deal in place to acquire Raven for $58 per share, a 33.6% premium to Raven's average stock price over the past four weeks. The deal values Raven at about $2.1 billion, including debt, and is expected to close before year-end. 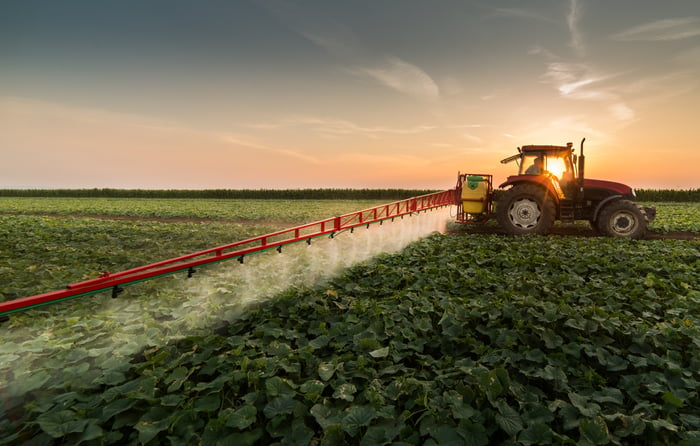 Raven is the maker of precision agriculture technology, engineered films, and aerospace components. It is the agriculture part of the business that attracted CNH, with CEO Scott Wine saying in a statement, "this acquisition emphasizes our commitment to enhance our precision farming portfolio and aligns with our digital transformation strategy."

CNH in the statement said it views the engineered films and aerospace units of Raven as "attractive independent businesses with excellent near and long-term potential," saying the company intends to review each of the units to determine whether to keep them in-house or find a buyer.

The market is pricing Raven shares just below the $58 buyout price, meaning Wall Street expects the deal to get done. I have no reason to doubt it will.

For CNH holders, an already complicated moment in the company's history just got even more complex. The company, which is controlled by Italy's Agnelli family, is in the process of selling off its truck and bus units to focus on agriculture brands including New Holland, Case, and Steyr. For long-term holders the addition of Raven should be a plus to that ag business, but be warned there could be near-term turbulence as all of this wheeling and dealing plays out.