Please ensure Javascript is enabled for purposes of website accessibility
Log In Help Join The Motley Fool
Free Article Join Over 1 Million Premium Members And Get More In-Depth Stock Guidance and Research
By Steve Symington - May 23, 2019 at 4:50PM

Wall Street thinks Chipotle has a fever. But it may not require a prescription.

After successfully combating foodborne illness scares (and outbreaks) dating back to late 2015 and pouring millions into bolstering its food-safety practices in response, Chipotle Mexican Grill's (CMG -3.61%) shares have roughly doubled over the past year to rival their all-time highs as investors celebrate the continuing momentum behind its incredible turnaround.

But on Thursday, the fast-casual restaurant chain fell around 6% after an analyst at BMO Capital Markets downgraded the stock on concerns for a different kind of illness. According to BMO's Andrew Strelzik this morning, investors may not fully appreciate the negative impact an African swine fever outbreak will have on pork costs for Chipotle's business.

To be clear, this isn't a matter of Chipotle customers getting sick. The disease doesn't pose a risk to humans. Rather, the issue lies with the fallout of a recent epidemic that wiped out over a third of China's pig herd. For perspective, the Middle Kingdom's staggering losses are greater than the size the entire United States' pig population, and represented more than 5% of the world's total protein production. 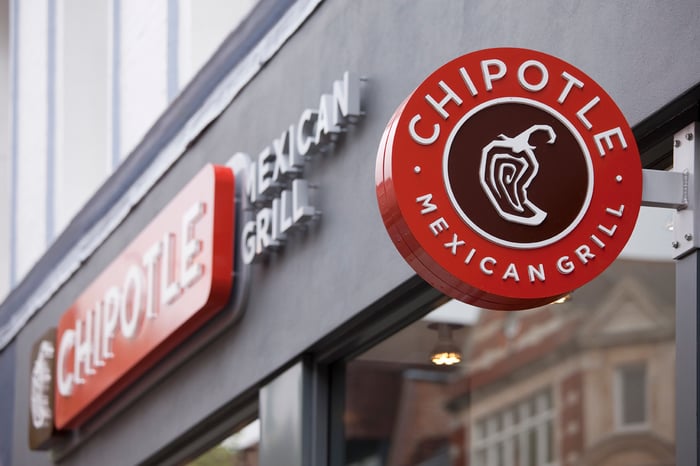 And it's not as though Chipotle can simply shift consumers' attention away from its pork offerings. Putting aside the logistical and marketing challenges such an undertaking would entail, the resulting demand for other proteins could mean higher prices on the whole.

Carrols Restaurant Group (TAST -5.28%) fell hard earlier this month, for example, after the country's largest Burger King franchiser predicted its profits will come under pressure as increases in beef and pork prices (stemming from the outbreak) are expected "to continue for the foreseeable future."

Early last week, another analyst mused that African swine fever will have a "profound impact on global meat supplies for at least two years."

In a company blog post the same day, Tyson Foods (TSN -0.17%) CEO Noel White called it "an unprecedented event." White also lauded his own company's enviable position, adding: "A worldwide decrease in pork supply would offer significant upside to our pork business, while also lifting the chicken and beef businesses as substitutes."

But Chipotle, for its part, doesn't seem particularly concerned.

Speaking with CNN today, company spokesperson Laurie Schalow noted pork accounts for less than 2% of Chipotle's total food costs -- well below the roughly 10% Strelzik estimated in his downgrade. And even then, she says, Chipotle purchases "higher-quality, more expensive pork than [the] commodity pork" involved in the outbreak, and has pricing agreements in place that should mean any resulting increases won't result in a significant negative impact to those costs.

Of course, the statement doesn't account for the aforementioned broader increase in chicken and beef prices -- though it seems safe to assume Chipotle's higher-quality, price-controlled stance extends to those proteins as well.

What's more, Chipotle's latest quarterly results have demonstrated its knack for balancing selective price increases and menu diversification with growing transaction counts. So even if global protein price increases extend beyond the commodity category and into Chipotle's premium neck of the woods -- and after years of improving the operational efficiency of its underlying business given its old foodborne illness headwinds -- the company should be well positioned to strategically offset higher food costs.

Future results will show whether Chipotle's correct in asserting that the African swine fever worries are overblown. If they are, today's pullback could prove to be short-lived.