The very first stock I ever bought had a 20% dividend yield.

It didn't pan out well for me. The details are a story for another day, but suffice it to say that I fell into the classic trap that catches many income investors: getting excited about a company's juicy yield, and then buying the company for the dividend. 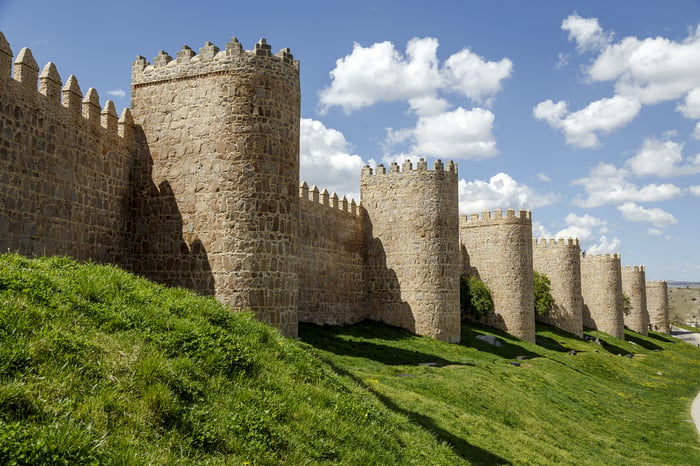 After all, when you see a juicy yield, it's easy to see the opportunity and gloss over any problems. But I think AbbVie (NYSE:ABBV) has too many problems right now. So, despite its 5% dividend yield, AbbVie isn't worth an investment today.

What is dividend sustainability?

Now, you might think my concern centers on the sustainability of AbbVie's dividend. After all, AbbVie's dividend payout ratio was 94% of adjusted diluted EPS for the trailing 12 months. Normally this would scream trouble (I avoid a dividend payout ratio greater than 80% or so), but the company predicted it will roughly double adjusted earnings in 2019, which lessens my concerns.

Plus, if you measure the dividend by the cash dividend payout ratio (that is, dividing dividends paid by operating cash flow minus capital expenditures), AbbVie achieves a 46% ratio -- a sign that the company's dividend is quite well funded by cash.

(The gap between the two can be explained by AbbVie taking a $4 billion impairment charge -- which impacts earnings, but not cash -- when it scrapped a major clinical drug in January.)

So, in short, there's no reason to think AbbVie's dividend is in any immediate trouble.

If you remember anything about AbbVie, remember this: It has too many of its proverbial eggs in one basket. Humira, AbbVie's megablockbuster immunology drug, represented 57% of total adjusted revenue last quarter. As background, Humira is administered via an injection and treats a variety of autoimmune diseases, including rheumatoid arthritis, plaque psoriasis, Crohn's disease, and ankylosing spondylitis (to name a few).

AbbVie has a plan

AbbVie is attempting to use that time constructively -- in part by switching patients from Humira to new drug Skyrizi, which was approved in April to treat psoriasis. That's intentional cannibalization -- to prevent losing patients (and revenue) to biosimilars, AbbVie is trying to move as many over to Skyrizi as possible. SVB Leerink analyst Geoffrey Porges thinks Skyrizi will ultimately peak at about $3 billion in annual sales. By contrast, AbbVie thinks it could peak at $5 billion by 2025. And AbbVie's rheumatoid arthritis drug upadacitinib was recently granted a priority review by the FDA, which means AbbVie should get a yea or nay sometime in the third quarter of this year. With management predicting as much as $6.5 billion in peak annual sales, AbbVie has quite a bit riding on it. Yet, when you compare the perhaps $11.5 billion in combined annual revenue these two drugs could potentially bring in years down the road if everything goes well to Humira's $19.9 billion in sales last year...well...there's still a massive gaping hole in AbbVie's prospects for growth (or even stability) .

AbbVie has still other irons in the fire -- perhaps most notably blood cancer drug Imbruvica, which it acquired in 2015, and is on track to contribute as much as perhaps $4.5 billion to AbbVie's top line this year  (versus $3.6 billion last year). Venclexta, another blood cancer drug, is earlier in its growth trajectory but may ultimately peak out to the tune of around $2 billion in annual sales.

All those drugs combined might allow AbbVie to avoid further top-line degradation due to the Humira patent cliff. To be clear, that's not really a prescription for growth -- it's really more about trying to fill a Humira-size hole in AbbVie's income statement -- which is not exactly exciting.

It's about what I'm looking for

I'm never satisfied with "just" a dividend. I want a company with credible plans for growth so I can take advantage of both growing dividend income and stock price returns. And I can only reasonably expect that sort of opportunity with a company that is better diversified and better primed for growth than AbbVie. (Plus, although I don't think AbbVie's dividend is in any danger today...if a few things go wrong in the next few years, that could change.)

The bottom line is, I suggest searching for other dividend growth stocks if you're hunting for income stock ideas.