Shares of Eldorado Gold (NYSE:EGO) rose more than 20% today after Greek Prime Minister Alexis Tsipras called for a snap election after his party was soundly defeated in the European parliamentary elections over the weekend. Investors are hopeful that a snap vote could catapult the business-friendly New Democracy political party into office, according to reporting by Reuters. That could provide a boost to the gold miner, which has struggled against regulatory headwinds in the country. Greece is home to four of the company's seven European-based assets, including two operating mines and two development-stage projects.

Today's rise is a bit delayed for American investors. The company's shares listed on the Toronto Stock Exchange gained heavily on Monday, but U.S. markets were closed for Memorial Day. As of 11:06 a.m. EDT Tuesday, the stock had settled to a 20.3% gain. 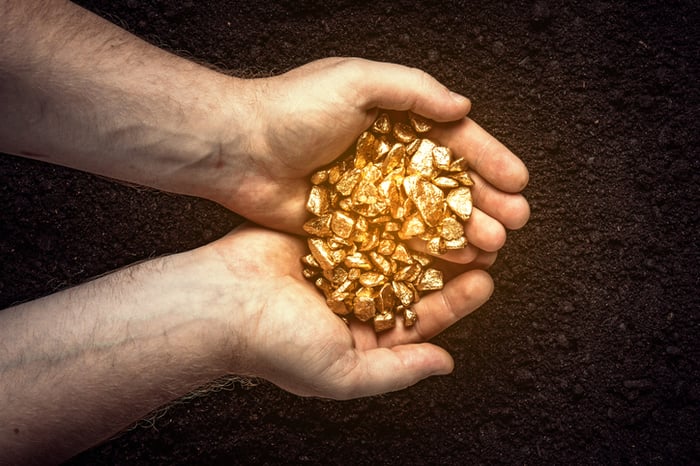 Eldorado Gold has struggled to deliver consistent operating results in recent years. That trend continued in the first quarter of 2019. All-in sustaining costs (AISC) soared to $1,132 per ounce of gold sold due to delays (a temporary headwind) and lower production yields (a more permanent headwind). The company realized an average selling price of just $1,265 per ounce during the quarter.

But investors are cautiously optimistic that the election of a business-friendly political party in Greece could help roll back regulations and reduce costs. That optimism might have substance.

It's easy to see why investors are optimistic about recent developments in Greece. However, even if the snap election turns out in the company's favor, it would take quite some time for investors to see any material benefit to operations -- if it materializes at all. To be blunt, Eldorado Gold isn't exactly a shining example of operating efficiency. The business has delivered a combined adjusted operating loss of $31.3 million dating back to the beginning of 2017. Therefore, investors will want to remain grounded and patient when it comes to this gold stock.