L Brands (NYSE:BBWI) has been the rare retail stock that has actually gone up recently thanks to a better-than-expected first-quarter earnings report. However, L Brands had already been beaten-down fairly badly over the past year. Declines at flagship Victoria's Secret and Pink combined with a high debt load even caused management to cut its dividend last December.

So, does last quarter's earnings report signal a turnaround?

L Brands isn't so much turning around as much as one of its brands, Bath & Body Works, is vastly outperforming, while its more well-known Victoria's Secret brand is declining against some strong secular headwinds. This has been going on for some time, and while B&BW is smaller than the main Victoria's Secret franchise, it's now bigger as part of the overall sales mix. So, the question for L Brands is how well B&BW can continue to do, and how large it can potentially get. 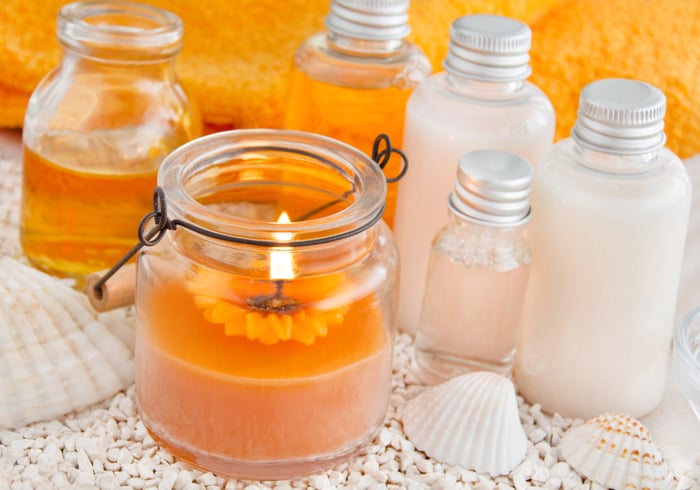 Bringing the spa back home

The metaphor of firing on all cylinders, they are in terms of the home fragrance business, the hand soap business and the body care business ... What leads to that is the regular introduction of newness and fashion in those categories.

The yawning gap between L Brands' main segments is showing up in the company's financials:

Trading at just 11 times earnings, flat earnings could make L Brands a decent value play. The problem is, L Brands also had a significant $4.4 billion in debt as of the January quarter, and that's probably set to rise since L Brands tends to raise its debt levels after the big holiday quarter. 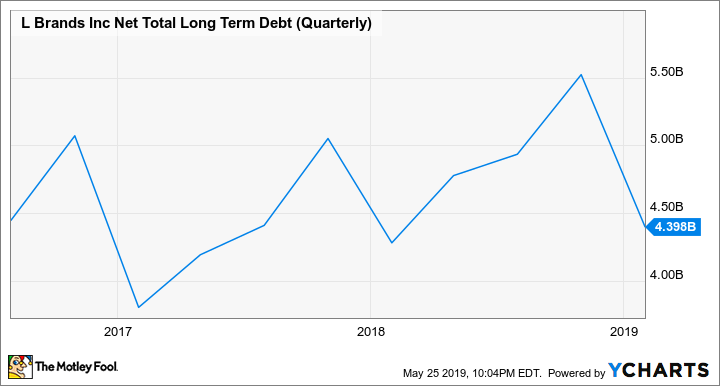 How big can Bath & Body Works get?

Bath & Body Works is also already a rather large retailer, which makes one wonder how large it can get. As of the end of the first quarter, B&BW had 1,732 stores in the U.S. and Canada, with another 230 franchised stores overseas. In the quarter, L Brands opened 11 net new Bath & Body Works (owned) stores, while closing net 34 Victoria's Secret and Pink stores.

Still, it's unclear how much bigger Bath & Body Works can potentially get. For comparison, Ulta Beauty only had 1,174 stores in the U.S. and Canada at the end of its last quarter, so Bath & Body Works is already about 50% bigger. Meanwhile, who knows how bad things will get at Victoria's Secret.

In other words, I'm still not sure Bath & Body Works' success outweighs the problems at Victoria's Secret. If Victoria's Secret can stabilize or turn around, then yes, L Brands could be viewed as a bargain. But in light of Victoria's Secret's accelerating comp losses, it's hard to feel confident about a turnaround there anytime soon.

Should L Brands break up?

One idea for L Brands management would be to possibly spin off Bath & Body Works, like Gap (NYSE:GPS) spun off its Old Navy brand. When you think about it, it's not clear why a lingerie apparel brand is under the same corporate umbrella as a lotion and fragrance multibrand retailer other than the fact that they have a similar customer base. When Gap announced the Old Navy spinoff, its share price initially spiked, although the rally quickly faded, and the stock has declined amid trade tensions with China.

However, I wouldn't count on L Brands choosing that path. For now, I'm watching L Brands from the sidelines, and I wouldn't chase the near-term bump unless Victoria's Secret shows signs of turning around.