Pity GameStop's (NYSE:GME) new CEO, George Sherman, who looks like he's presiding over a business that even the company thinks is dwindling away. As the video game retailer prepares to report first-quarter earnings on June 4, the question becomes whether it can branch out fast enough to save itself.

GameStop dove headfirst into esports, announcing a string of partnerships in the industry that play well with its base. Yet despite the phenomenal growth potential of the niche, the retailer's participation in it comes as its legacy business looks like it's withering, so can it survive long enough to gain traction? 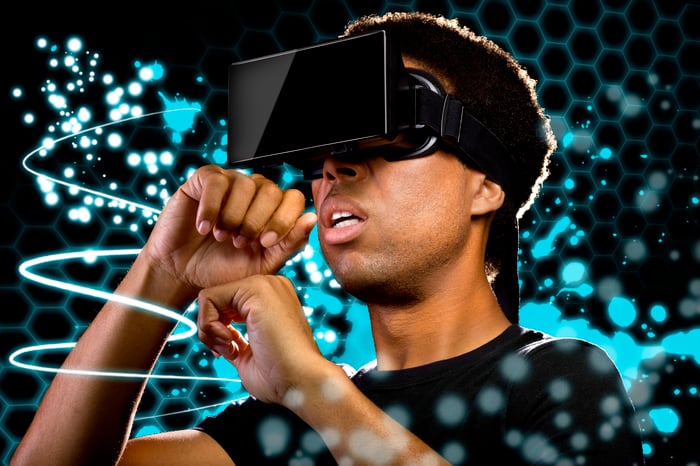 Video games losing out to digital

The fourth quarter was dismal. GameStop said sales in almost all of its businesses fell, but perhaps the most worrisome decline was in its pre-owned game business, which accounts for 30% of its gross profits. Sales fell 21% in the fourth quarter and were down 13% for the year, suggesting the decline is only worsening.

Because online and digital gaming are growing so fast, there's little need for players to buy a new video title, let alone wait for a used one. That is reflected in new supporting hardware and software sales, which are also down for the quarter and the year.

Where GameStop is seeing growth is in accessories sales. That is directly tied to both the digital platform and esports, as new headsets and controllers are essential components of the experience. Of course, that portends its primary video game business is being further undermined. The more headsets it sells, the fewer video games will move out the door.

It left GameStop having to give investors a pretty dour outlook for its guidance, forecasting as much as 10% drops in revenue and comparable store sales. It's why it needs esports to pay off, and to do so in a hurry.

EMarketer expects esports viewers to grow by more than 52% between now and 2023, reaching over 46 million spectators. U.S. ad spending on esports streams is expected to increase by 20% in 2020, growing from $178.1 million spent this year to $213.8 million next year.

The risk for GameStop is that this isn't a hidden niche it can hope to exploit unnoticed. Everyone is latching onto esports on the chance that riding its coattails pays some dividends. Beyond the giants of the industry, like Tencent, Sony, and Microsoft, toymaker Hasbro has placed a big wager on esports, already paying out $1 million in tournament prizes, while Chipotle Mexican Grill is also backing esports teams. Other restaurants including Arby's and Buffalo Wild Wings are getting in the game, too.

What GameStop has going for it is that esports is part of its video game DNA. Where a sponsoring a team seems really inorganic for a Mexican food chain like Chipotle, GameStop sponsoring a new performance center for leading esport team compLexity Gaming actually seems more natural.

Yet how it is going to translate this into revenue for its business remains unclear. The more immediate concern is driving cost-cutting initiatives, but even that is going to take time. GameStop has warned the first half of 2019 might not be pretty, and it won't start seeing the benefits of its new strategy until later in the year.

That might be enough time for GameStop to begin formulating a strategy to capitalize on its esports relationship. Store remodelings centered around its partnership may yield results, but costs will be borne up front. Until then, the downward spiral investors have witnessed from GameStop over the past year will likely continue to manifest themselves in the first quarter.