Something interesting is happening in the business of racing. In April, Sonic Financial, the majority owner of racetrack business Speedway Motorsports (NYSE:TRK), offered to take Speedway private. This comes just a few months after NASCAR offered to buy out Speedway Motorsports' rival International Speedway (NASDAQ:ISCA). These buyout offers come after years of disappointing ticket sales from the racetracks and declining NASCAR TV ratings.

Speedway's take-private offer comes from the company's controlling shareholder at a price below where the stock had been trading in the recent past. Are insiders trying to pull one over on shareholders, or does the offer represent a fair deal? 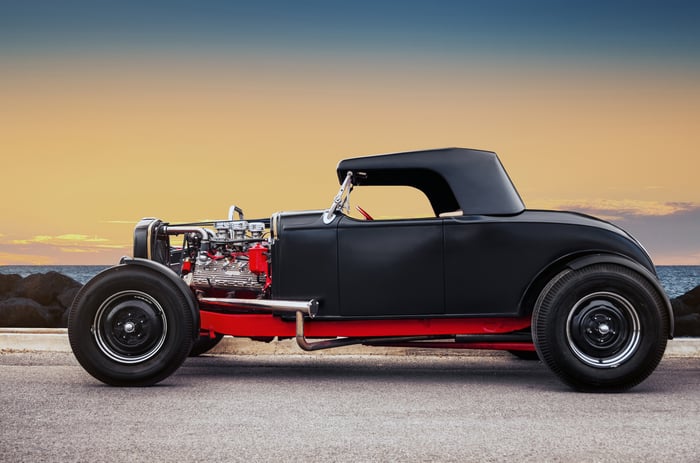 On April 23, Speedway Motorsports received a letter from Sonic Financial offering $18 per share in cash for the shares not already owned by Sonic Financial, O. Bruton Smith, the founder and executive chairman of Speedway Motorsports, or his family. The stock closed on April 22 at $13.59. Sonic, Smith, and his family already control over 70% of Speedway's voting power.

But the buyout is not a done deal yet. It must be approved by a special board committee and a majority of the selling shareholders. After consulting legal and financial advisors and assessing the offer price, the special committee will recommend in favor of the deal if it concludes that it is fair to the minority owners. In other words, the special committee has an extremely important job, and minority shareholders are counting on it to represent their best interests.

Smith is the executive chairman and founder of Speedway Motorsports and his family owns Sonic Financial. His son Marcus Smith is Speedway's CEO. With so much influence over the company, the buyout of Speedway seems inevitable.

Turning around the business

According to the offer letter, members of the Smith family want to take Speedway Motorsports private because they believe the company needs to be turned around, and it would be easier to make the changes necessary if it were private.

NASCAR racing has faced several challenges in recent years, and the Company has been impacted by these challenges. NASCAR has indicated the sport would benefit from structural change. We believe [Speedway Motorsports] would be more able to compete in this challenging and changing environment as a private company.

Unfortunately, NASCAR has struggled in recent years, and has seen its audience decline. This year's Daytona 500 -- NASCAR's most-watched race -- was the least watched in the race's history going back to 1979, with just 9.3 million viewers.

As a result of declining interest, Speedway has seen its race ticket sales decline. The declining ticket sales have been offset by increased revenue from NASCAR broadcasting, which is contractually negotiated to produce more revenue over the life of the contract. However, if NASCAR viewership continues to decline, the company could face a decline in broadcast revenue.

Given the Smith family's long history in the industry and its intimate involvement with Speedway Motorsports, it seems it would be best positioned to turn around the company, although no turnaround plan or objectives were specified in the offer letter. The family must believe in the long-term popularity of NASCAR or it wouldn't be willing to buy out the remaining shareholders, but I'm not convinced the company needs to be private to enact an effective turnaround.

At $18 per share, the offer represented a 31% premium to where the stock traded on the prior day; however, Speedway Motorsports stock has traded as high as $22.50 in the last 18 months. 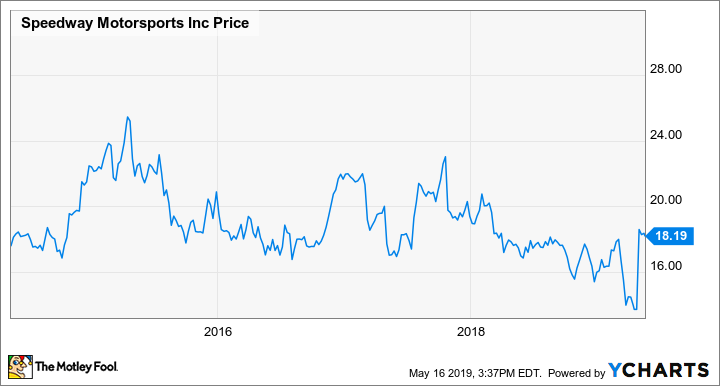 Furthermore, the offer values Speedway quite cheaply, at roughly 6.4 times enterprise value to EBITDA. Enterprise value measures the total net worth of a company including its net debt and market capitalization. EBITDA measures a company's earnings before interest, taxes, depreciation, and amortization. The ratio of EV to EBITDA is the most relevant valuation metric for acquisitions because acquirers must take on the company's debt obligations in addition to buying the equity, and EBITDA represents earnings to all debt and equity holders, matching the numerator with the denominator.

As of this writing, Speedway Motorsports is trading above $18 per share,which implies that shareholders believe the company is worth more and could receive a higher offer from Sonic Financial.

It's not clear how much higher the offer would need to be to make all shareholders happy, but if the stock's historical trading levels or International Speedway's ISCA's buyout offer are the reference points, then a price at or slightly above $20 would likely be seen as fair.

It is also possible that the special committee deems the $18 price fair and shareholders go along with it for fear of the stock dropping if the deal is not approved. Remember, before the offer was announced the stock traded around $14 per share. Given NASCAR's recent struggles, the stock could very well be worth a discount to where it traded in the past, even if that price is a bitter pill for investors with a higher cost basis.