After securing apparent regulatory approval from the Federal Communications Commission following statements of support from three out of five of the agency's commissioners, T-Mobile (NASDAQ:TMUS) and Sprint (NYSE:S) still need the blessing of antitrust regulators at the Department of Justice to move forward with their $26 billion megamerger. The result of the consolidation would be that the number of national wireless carriers declines from four to three, which has considerable potential implications on competition and consumer prices.

T-Mobile and Sprint are weighing a number of options and concessions in a bid to appease the DOJ, some of which are particularly extreme. 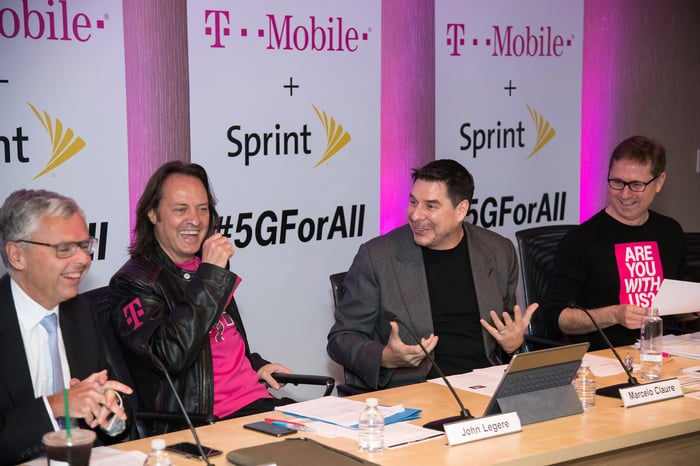 Unmerge after merging to get merger approval

Bloomberg reports that DOJ officials want the two companies to "lay the groundwork" for a new wireless carrier in order to secure approval. That could potentially involve "spinning off a full-fledged national competitor," according to Bloomberg, not unlike how Sprint agreed to divest its Boost Mobile subsidiary to get the FCC's support.

It's unclear what that proposal would specifically entail, though. Spinning off a fourth carrier that owns its own network infrastructure undermines the whole point of the deal, while creating a large mobile virtual network operator (MVNO) that piggybacks off the combined company's network may not sufficiently address competitive concerns.

There are already plenty of MVNOs in the U.S. market, and those carriers typically compete aggressively on price by purchasing wholesale capacity to resell under their own brands. But MVNOs have little say in network road maps, and also get lower priority in terms of bandwidth because the carriers that own the infrastructure prioritize their own branded customers during peak traffic times.

T-Mobile and Sprint have long argued that merging is the best way to challenge larger rivals AT&T and Verizon.

Separately, Reuters reports that the two companies are even considering divesting wireless spectrum, the lifeblood of cellular networks, in order to get approval. That notion similarly undercuts core arguments in favor of the merger in the first place. 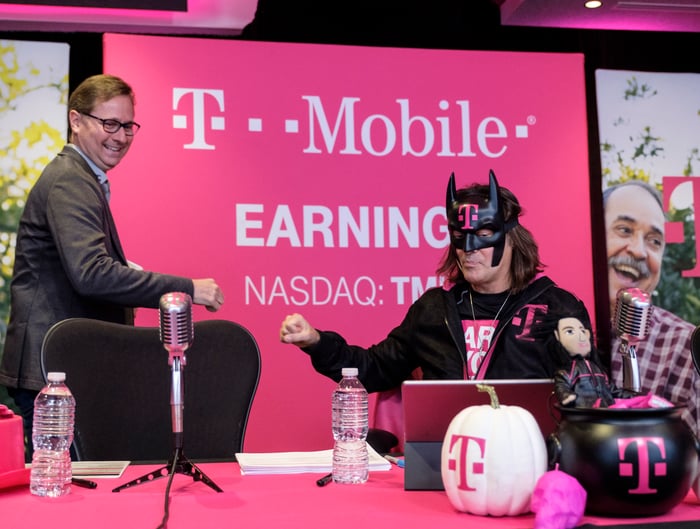 Namely, T-Mobile and Sprint argue that merging will accelerate the construction of 5G networks, and Sprint's mid-band (2.5 GHz) spectrum holdings are imperative to that deployment. Sprint simply doesn't have the resources to utilize that spectrum efficiently, which is why much of those airwaves currently sits underutilized.

The report doesn't mention which spectrum bands the companies are supposedly open to selling off.

One metric that antitrust regulators use is the Herfindahl-Hirschman Index (HHI), which measures market concentration. HHI is derived from squaring the market shares of all competitors and then adding up the results, which is then measured on a scale of 0 to 10,000. The DoJ considers any HHI in excess of 2,500 to be highly concentrated, in which case strong regulatory opposition can be expected.

The U.S. wireless industry's HHI would increase from approximately 2,800 to over 3,200 if the merger were to go through, according to an analysis by the Communications Workers of America (via the Economic Policy Institute) six months ago. That's even higher than the 3,100 HHI that the DOJ estimated would have resulted from AT&T's proposed acquisition of T-Mobile back in 2011.

Critics argue that more consolidation in the wireless industry, which is already extremely concentrated, would only hurt consumers in the long run. While T-Mobile and Sprint have committed to no price increases for three years, there would be little to stop the combined company from jacking up its rates after that time frame, particularly if it were to accrue even more market power during those years.