Shares of Cypress Semiconductor (NASDAQ:CY) rose as much as 14.6% in Wednesday's trading session before closing the day at a 12% gain. The move was powered by a Bloomberg article, which cited anonymous insider sources reporting that the company is considering a merger of some sort.

Bloomberg's sources said that Cypress has already received a serious buyout offer. Rather than simply accepting it, the board of directors used that interest as a springboard to go looking for alternative deals. The company is reportedly working with independent advisers in this process, but the whole affair is being kept under wraps and may result in Cypress staying independent after all. 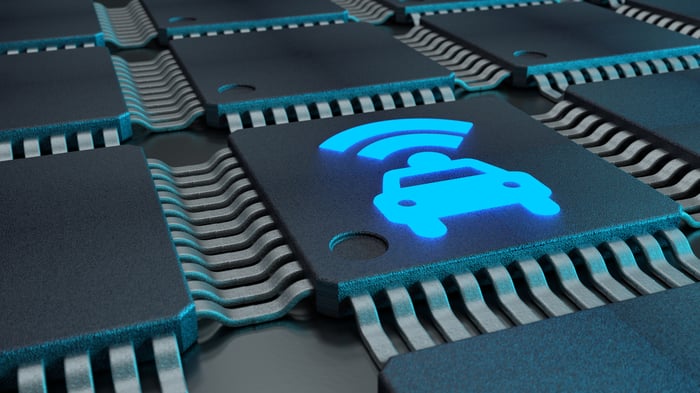 This stock has now notched a 36% return in 2019 but still trades at a fairly affordable valuation of 14 times forward earnings. The article didn't provide a name for the company launching a tentative bid, nor for any of Cypress' potential buyers. The rumor does make sense in light of several recent merger announcements, and Cypress does a lot of work in attractive end markets such as automotive computing and the Internet of Things. There's no telling what comes next, but many Cypress investors are betting on a real buyout right around the corner.