The world's largest defense contractor is choosing its battles carefully.

Lockheed Martin (LMT 0.41%) has pulled out of a five-way battle to design the Navy's new frigate, deciding instead to focus on supplying combat systems and other components to the eventual winner. The move is a blow to the Navy's effort to diversify its supplier base, but a smart decision for the contractor. 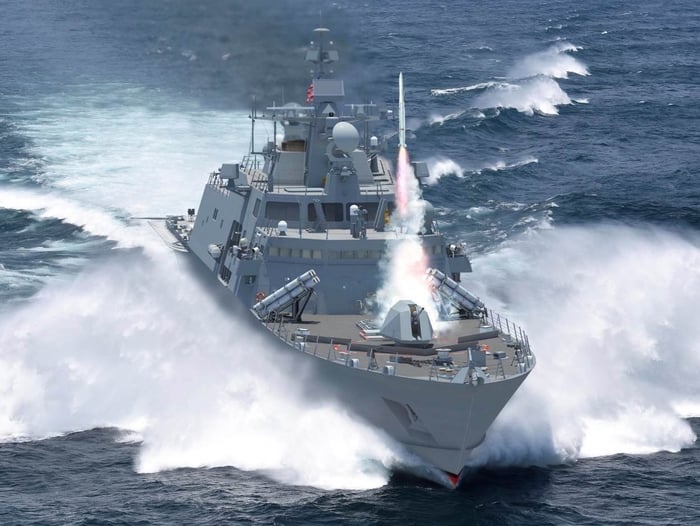 The eventual winner should take in more than $15 billion, assuming the Navy follows through with its plans to buy about 20 of the ships. The service asked for $1.3 billion for the first FFG(X) hull in its 2020 budget request but expects that price to fall to as little as $800 million each as the program matures.

In a statement to reporters, Lockheed Martin said that instead of remaining in the competition to build the boat, the company has instead "decided to focus our attention on the FFG(X) combat system, delivering Lockheed Martin technologies such as the Aegis-derived weapon system, MK 41 Vertical Launching System, anti-submarine warfare processing, and advanced electronic warfare."

Given the Navy's goal for the FFG(X), Lockheed's weapon systems appear a good match. The Pentagon is seeking a warship more robust than its maligned Littoral Combat Ship (LCS) that can be integrated into a carrier battle group or provide targeting and reconnaissance on its own.

Lockheed's Aegis program is a best-in-class system that is a mainstay of the Navy's fleet of Arleigh Burke class destroyers, and the company's platforms would offer seamless integration to the broader fleet.

And Lockheed appeared to be a long shot to win the FFG(X) competition. The company was offering an upgraded version of its Freedom-class LCS, which had to be stretched and modified to meet the Navy's frigate requirements. There was also potential added complexity and cost in the Lockheed bid, as the company does not own a shipyard and instead would have built its frigate at Fincantieri's Wisconsin yard, where the LCS is built.

Lockheed Martin's decision is a blow to Navy efforts to expand its contracting base. The service has been pushing to increase spending to try to reverse a 60-year trend that has seen 14 defense-related new-construction shipyards close, leaving it reliant on two primary shipbuilders: Huntington Ingalls and General Dynamics.

Although Lockheed Martin doesn't have extensive shipbuilding capabilities, it's the most logical of the non-shipbuilding U.S.-based primes to enter the fray. Lockheed Martin, best known as the maker of F-35 fighters, seems interested in shipbuilding, saying it is exploring new opportunities in unmanned vessels and large surface combatants. 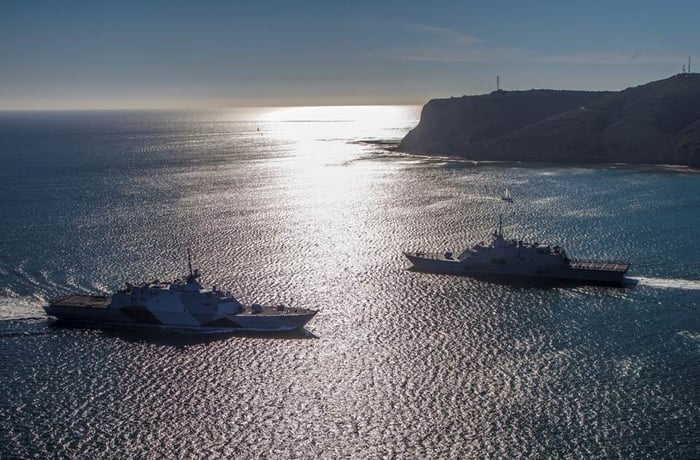 Huntington Ingalls' entry, a modified version of the U.S. Coast Guard's National Security Cutter (NSC), is a proven performer that figures to come in at an attractive price and could be viewed as the favorite in the FFG(X) competition. But given the FFG(X)'s relatively junior role compared with carriers, submarines, and destroyers, I view the program as an opportunity for the Navy to go beyond Huntington Ingalls and General Dynamics and try to nurture a viable third option for future ship competitions.

That would suggest either Fincantieri, which is working with Lockheed Martin to offer its FREMM-class frigate currently deployed by navies including those of Italy and France, or Austal, which is offering an upgraded version of its separate LCS design. Both could stand a good chance in this winner-take-all competition. The Fincantieri design in particular appears to be one to watch.

Lockheed Martin is one of the best buys among defense contractors because of the strength and depth of its portfolio, with exposure to a number of key Pentagon priorities including fighter jets, missile defense, and hypersonic technology. The company, which a decade ago was criticized for being overly dependent on the F-35, now has an arsenal of programs that should contribute to revenue and earnings well into the next decade.

There's a danger, even for the world's largest defense contractor, in chasing every deal and spreading itself too thin. Investors should cheer the company for focusing its resources here on the part of the program where Lockheed has strong competitive advantages.

The Navy, meanwhile, is likely to be disappointed by the decision, but as the service pushes to incorporate new technologies, there will be opportunities for additional contractors to come on board. And the FFG(X) remains a robust competition, relative to most warship battles, with four combatants remaining afloat.

No matter the outcome of the FFG(X) competition, don't expect Lockheed Martin to leave the Navy adrift.