Please ensure Javascript is enabled for purposes of website accessibility
Log In Help Join The Motley Fool
Free Article Join Over 1 Million Premium Members And Get More In-Depth Stock Guidance and Research
By Keith Speights – Jun 2, 2019 at 9:00AM

You're probably scared of losing money. If so, you have plenty of company. Studies have found that most individuals have what's called loss aversion -- a tendency to feel losses more deeply than gains of the same value. Unfortunately, loss aversion causes some to not invest at all. And that decision leads to an even greater loss of money over the long run.

But there are stocks you can buy with a solid level of confidence that you'll make money over the long term rather than lose money. In particular, Alphabet (GOOG -2.63%) (GOOGL -2.63%), Brookfield Infrastructure Partners (BIP -2.49%), and Intuitive Surgical (ISRG -1.74%) look like great stocks for low-risk investors to consider. Here's what makes these stocks stand out. 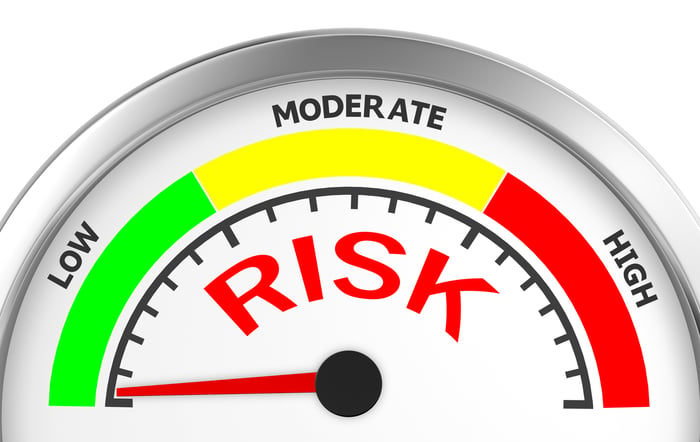 Alphabet claims eight products that are used by 1 billion or more people across the world every month, including Google Search, YouTube, and Gmail. Because of this huge audience, companies flock to advertise their products and services on Alphabet's properties.

Alphabet uses a significant portion of the money it makes to invest in new growth opportunities. One example is its autonomous drone delivery subsidiary, Wing, which already operates in Australia and will soon begin delivering packages in Finland.

But probably the most important new business for Alphabet is its Waymo self-driving car subsidiary. Waymo is a leader in self-driving car technology and could generate more than $100 billion in annual revenue by 2030, according to projections made by UBS analyst Eric Sheridan.

There are at least a couple of things for low-risk investors to like about Brookfield's business. One is that the company can count on steady cash flow. Another is that Brookfield doesn't have to worry too much about competition for many of its assets. For example, it's not likely that another company will build additional natural gas pipelines, ports, or toll roads in areas where Brookfield operates.

Investors should also like Brookfield's great dividend. Its dividend currently yields 4.86%. The company expects to boost its dividend by at least 5% annually.

But can Brookfield Instrastructure Partners deliver growth? Yep. The company posted 10% organic growth in the first quarter of 2019 and has sold several lower-performing assets that it's investing into new assets that should generate stronger growth.

Conservative investors should appreciate Intuitive Surgical's razor-and-blades business model. Over 70% of the company's total revenue comes from recurring sources -- primarily instruments and accessories that must be replaced after surgical procedures are performed.

There are other robotic surgical systems on the market and more likely on the way. However, Intuitive Surgical's long track record and large install base give the company significant competitive advantages over rivals.

Growth shouldn't be an issue for Intuitive Surgical even with some competition in the industry. As baby boomers age, the volumes of surgical procedures for which the company's da Vinci systems are used will increase significantly. Innovation should also fuel growth as Intuitive rolls out new technology that expands the types of procedures performed using robotic surgery systems.

Alphabet, Brookfield Infrastructure Partners, and Intuitive Surgical face some risks. A major economic slowdown, for example, would likely weigh on all three stocks.

Alphabet's revenue growth slowed somewhat in the first quarter due to the timing of changes to its advertising products, causing the stock to fall. Brookfield also reported slower growth as it disposed of some assets. Intuitive Surgical is in the middle of a transition with more customers leasing systems instead of purchasing them. This shift is taking a toll on the company's revenue growth.

The good news is that all of these are short-term issues. For investors with long-term horizons who are looking to buy stocks with relatively low risk levels, Alphabet, Brookfield Infrastructure Partners, and Intuitive Surgical should definitely be on the shortlist.