Ten years later, the chipmaker sets its sights on the mobile market again with a new licensing deal.

AMD won't produce any new chips. It will only license its Radeon graphics technology to Samsung in exchange for licensing fees and royalty payments. The terms of the deal weren't disclosed, but it sounds like a win-win deal for both companies. 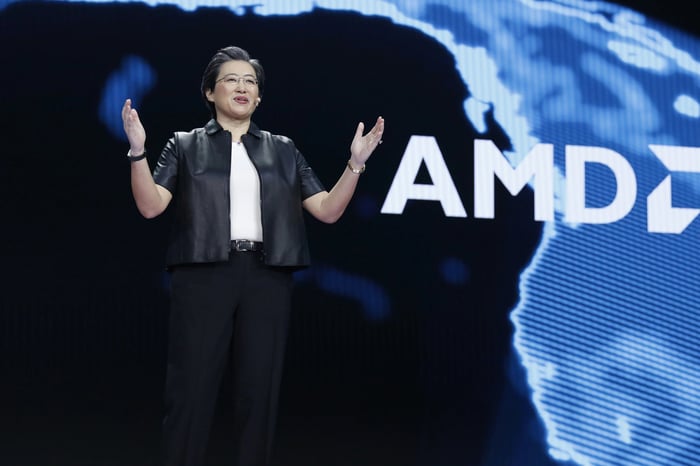 Most of Samsung's phones use Qualcomm's industry-standard Snapdragon SoCs (system on chips), which bundle together a CPU, Adreno GPU, and a baseband modem. However, some of Samsung's devices run on its first-party Exynos SoCs.

Just like Qualcomm's Snapdragon SoCs, Exynos SoCs bundle together a CPU, ARM's Mali GPU, and Samsung's own modem. Samsung gradually installed Exynos SoCs in more of its devices to reduce its dependence on Qualcomm, but the Snapdragon SoCs consistently outperformed their comparable Exynos SoCs.

For example, Android Authority's recent comparison of Samsung and Qualcomm's top-tier SoCs revealed that the "Exynos 9820 wins single-core CPU performance, but loses out to the Snapdragon 855 elsewhere." A major soft spot for the Exynos was its Mali GPU, which couldn't keep pace with Qualcomm's Adreno.

Therefore, it makes sense for Samsung to license AMD's Radeon technology -- which was previously reserved for PCs and consoles -- to challenge Qualcomm. Doing so could make its premium phones more appealing, and it could cut production costs by using its own Exynos SoCs instead of Qualcomm's Snapdragons. 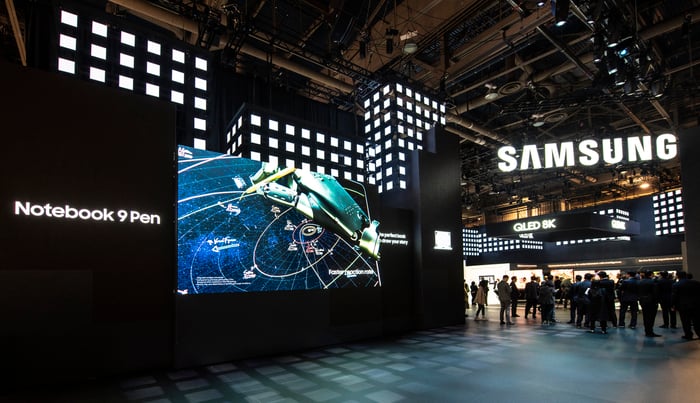 Samsung could also sell Exynos SoCs to external customers to directly compete against Qualcomm and strengthen its semiconductors business, which generated 28% of its sales and nearly two-thirds of its operating profit.

The deal benefits AMD in a simpler way. Samsung's licensing revenue will strengthen its computing and graphics business, which sells its Ryzen CPUs and Radeon GPUs. That unit generated 65% of AMD's sales and 42% of its operating profit last quarter.

However, its revenue fell 26% annually last quarter due to lower GPU sales, and its operating income plummeted 88%. That's where Samsung comes in -- licensing revenue has high margins, so its licensing payments should boost the unit's operating profit.

This move could also widen AMD's moat against NVIDIA in the GPU market. NVIDIA previously licensed its graphics technology to Intel, but the deal expired two years ago. Some analysts expected Intel to license AMD's Radeon technology to fill the void, but Intel started developing its own graphics chips instead.

This partnership should start generating fresh revenue for AMD soon, but the impact remains unclear because the terms weren't disclosed. As for Samsung, the development of new Exynos SoCs would boost its semiconductor unit's operating expenses before investors see any results in the IM division. It's still a win-win deal for both companies, but AMD should reap more visible rewards before Samsung.