Please ensure Javascript is enabled for purposes of website accessibility
Log In Help Join The Motley Fool
Free Article Join Over 1 Million Premium Members And Get More In-Depth Stock Guidance and Research
By Timothy Green - May 18, 2017 at 1:03PM

It all started last December. Kyle Bennett, chief editor of tech website HardOCP, penned a forum post claiming that Intel (INTC 3.21%) had signed a deal with Advanced Micro Devices (AMD 5.64%) to license its Radeon graphics technology. The post suggested that Intel was aiming to use AMD's GPUs in its own products, an idea that seemed far-fetched.

But Intel licensing AMD's graphics-related patents was plausible. Intel signed a cross-licensing deal with NVIDIA (NVDA 5.55%) in 2011 as a result of a lawsuit, paying the graphics chip specialist $1.5 billion over six years for access to its patents. The last of that revenue has now been recognized, and with no sign that the agreement has been renewed, the AMD rumor was able to take off.

That rumor reemerged on Tuesday when another tech website, Fudzilla, claimed that the Intel-AMD licensing pact was a done deal, without citing any sources. AMD stock surged as investors took that claim as fact, undoing some of the damage that followed the company's lackluster first-quarter report. 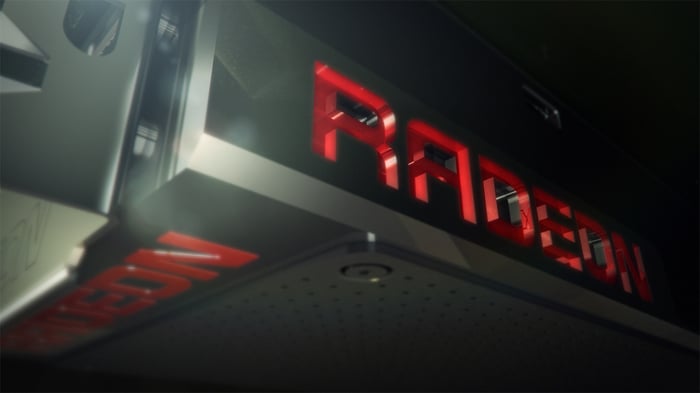 AMD's analyst day event was held Tuesday evening, and investors were expecting the company to confirm the deal. It didn't, and the stock tumbled. Intel later refuted the rumors outright, with a company spokesperson telling CNBC that the "recent rumors that Intel has licensed AMD's graphics technology are untrue."

Based on all of this, I would wager that the deal was nothing more than a rumor. And looking at the original agreement between Intel and NVIDIA, it's clear that Intel probably has no need for AMD's intellectual property.

What the NVIDIA deal says

The 2011 cross-licensing deal between Intel and NVIDIA "expired" early this year, in the sense that NVIDIA is no longer recognizing revenue from Intel. The last payment occurred in January 2016, with NVIDIA recognizing that revenue throughout the fiscal year. The deal gave Intel a nonexclusive, nontransferable worldwide license to all patents owned or controlled by NVIDIA that have a filing date on or before March 31, 2017.

While the payments have now stopped, Intel hasn't lost the license to those patents. The key clause in the agreement: "The term of the patent cross license agreement continues until the expiration of the last to expire of the licensed patents, unless earlier terminated." In other words, Intel's access to NVIDIA's patents filed prior to March 31 of this year will persist until all of them have expired, presumably decades from now.

What this means: Intel probably doesn't need to license anything from AMD. The deal is almost certainly nothing more than a rumor. AMD's refusal to comment and Intel's refutation make it hard to believe that any deal is in the works.

Buying on rumors is a bad idea

The ups and downs of the stock in reaction to the Intel rumor tells me that quite a few investors were duped by what has turned out to be mere speculation. Buying a stock based on rumors is a recipe for disaster, especially if those rumors come without sources from tech websites with questionable reliability.

Based on the original Intel-NVIDIA agreement, there seems to be no reason for Intel to require AMD's intellectual property. AMD may be able to sign deals with other companies and extract high-margin royalty income, but the odds of an Intel deal look vanishingly small. Some rumors turn out to be true, but the Intel-AMD deal isn't one of them.