A rising fear that the price of lithium will fall in 2019 had investors running for the hills last month.

While Livent (LTHM 1.84%), the now-independent lithium business of FMC, met Q1 profit estimates and missed revenue estimates by 6%, it was the company's forecast that sent ripples through the lithium world. In its Q1 earnings press release, Livent's CEO, Paul Graves, said that the company is "seeing weaker near-term demand for [its] high-performance lithium hydroxide, as several major customers have informed [it] about recent decisions to delay their own commercial launches of high-nickel cathode chemistries." The apparent reduction in market demand for lithium spooked SQM's investors, who anxiously awaited the company's own Q1 earnings report later in May. 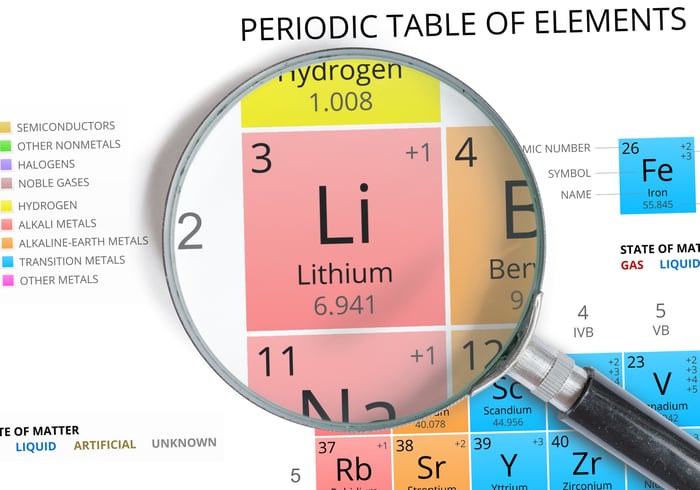 SQM closed 6.1% lower on the day of the Q1 earnings report versus the day before the report. It evidently failed to assuage investors' concerns raised when Livent reported earnings in early May.

While SQM reported a 2.9% year-over-year decline on the top line, the story on the bottom line was much more disconcerting: Net income fell 29.3% from $113.8 million in Q1 2018 to $80.5 million in the recently completed quarter.

Turning to the coming quarters, management provided investors with a slight cause for concern. On the conference call, CEO Ricardo Ramos said that while the company expects lithium demand to grow 17% through 2019, a considerable influx of supply will pressure prices. Consequently, management foresees lithium prices of approximately $11,000 to $12,000 per metric ton during the second half of this year -- a notable drop from the average price of $14,600 per metric ton that the company reported in Q1.

It wasn't only those on Main Street who expressed concern regarding SQM. Joel Jackson, an analyst at BMO Capital, downgraded the stock to market perform from outperform and reduced his price target to $31 from $47, according to Thefly.com. Maintaining a hold rating on the stock, Chris Terry, an analyst at Deutsche Bank, also articulated a bearish outlook, reducing his price target to $32 from $46 after the company reported earnings.

Those familiar with the materials sector know that dealing with the swings in commodity prices is table stakes for investing in the related stocks. Therefore, the anticipated pressure on the price of lithium in 2019 shouldn't shake the resolve of investors who recognize SQM as a premier opportunity for exposure to the lithium market. Management, in fact, seems optimistic about the company's long-term opportunity, expressing its belief that it stands to grow lithium sales approximately 30% from now to 2020 -- a belief predicated on the growing numbers of electric vehicles coming from Japan, South Korea, and China.