The impressiveness of this performance will better hit home (pun intended) if you consider that the S&P 500, including dividends, fell 6.4% last month. 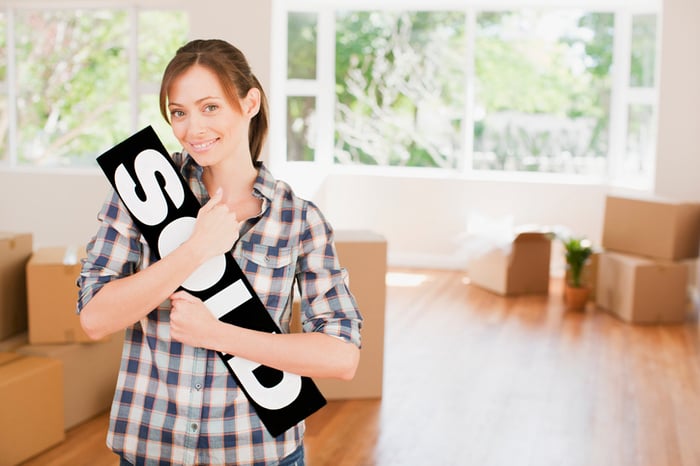 We can attribute Zillow stock's strong performance last month in part to the company's May 9 release of first-quarter 2019 results that pleased investors. Class C and Class A shares popped 5.1% and 5.5%, respectively, following the earnings release. And they continued to rise throughout the month, reflecting investor confidence in the company's growth potential.

In Q1, revenue rocketed 51% year over year to $454.1 million, which exceeded Wall Street's estimates and also beat Zillow's own guidance of $417 million to $443 million. Growth was largely driven by the company's new homebuying service, Zillow Offers, which generated revenue of $128.5 million. During the quarter, the service purchased 898 houses and sold 414 -- sequential growth of 80% and 200%, respectively. However, the company's core real estate agent advertising business, premier agent, grew tepidly. Its revenue edged up 2% to $217.7 million.

Driven by heavy investments in growth initiatives, Zillow's net loss expanded to $67.5 million, or $0.33 per share, from $18.6 million, or $0.10 per share, in the year-ago quarter. Nonetheless, this still beat the $0.35 loss analysts had expected. 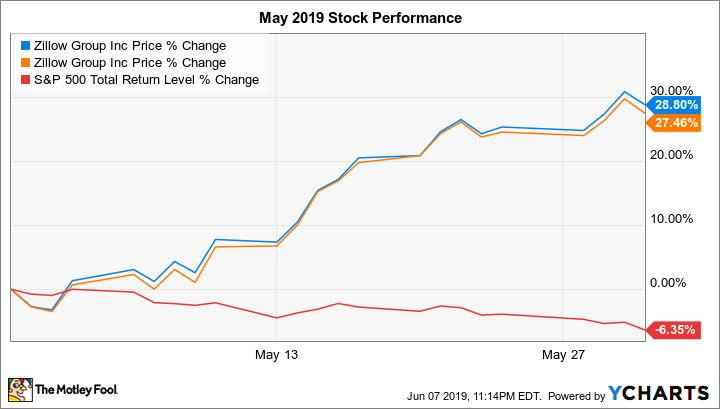 Let's take a cue from the features on Zillow's site and zoom out our view of its stock's performance to a time period longer than one mere month. In 2019, shares have taken investors on a roller-coaster ride, though they have managed to to outperform the broader market by about 3-to-1. 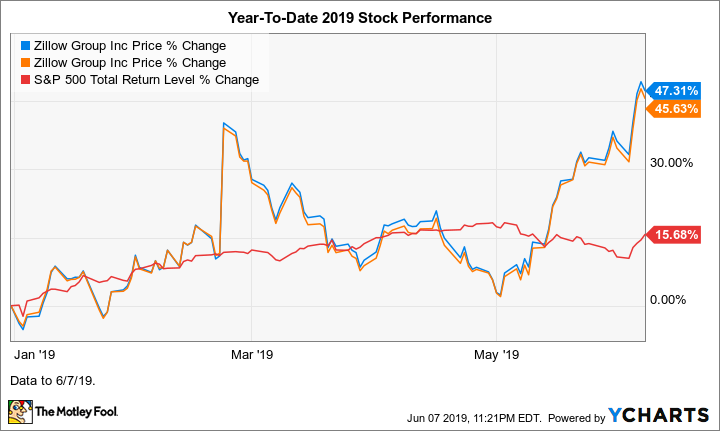 For the second quarter, Zillow expects revenue in the range of $568 million to $594 million, which, at the midpoint, represents 79% growth year over year. The company has not provided a full-year 2019 revenue outlook for its overall business.

Since Zillow's revenue growth is primarily being driven by its new homebuying service, it's not surprising that the company plans to accelerate the rollout of this business. It aims to have Zillow Offers in 20 markets by the end of the first quarter of 2020.