Shares of construction equipment manufacturer Caterpillar (CAT -1.15%) tumbled 14.1% in the month of May, according to data provided by S&P Global Market Intelligence. The drop wiped out the company's gains for 2019. Although shares have rebounded somewhat since, they're still down 1.7% for the year.

Caterpillar released solid Q1 2019 earnings and a decent outlook on April 24. However, the outperformance was limited to its smallest business segment, resource industries (read: mining). Quarterly revenues in the segment were up 18% over the prior-year quarter, and the segment's quarterly profits were up an impressive 52% year over year. Those results powered the overall company to post record first-quarter per-share profits. 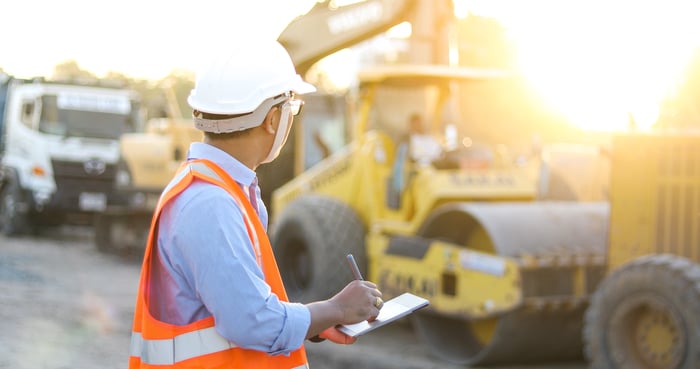 Although Caterpillar's mining industry sales are booming, its top market -- construction -- may be slowing down. Image source: Getty Images.

However, the company saw year-over-year profit declines in both of its other business segments: construction and energy and transportation. One factor to blame here was slowing sales in the Asia Pacific region. That unnerved some investors, who became fearful that broader declines in construction markets might further weigh down the stock.

Analysts had been souring on Caterpillar for several months. Back in February, UBS cut its recommendation on the company all the way from buy to sell and revised its price target to $125. In April, Deutsche Bank followed suit, downgrading Caterpillar from buy to hold and assigning the company a $124 price target. Both sets of analysts cited macroeconomic conditions affecting construction, Caterpillar's largest end market, rather than specific concerns about the company. In May, it seems as though investors were finally buying into those concerns as they exited the stock.

Caterpillar's hopes for continued growth rest on factors largely outside of its control. While an increase in mining activity seems good for the company, and management is hopeful that energy infrastructure spending will also rise, a slowdown in construction spending could outweigh those promising factors. And if the trade war with China continues, Caterpillar could see further declines in its Asia Pacific sales.

Construction equipment is a cyclical business, and it's possible we're hitting the top of a cycle. Investors may want to wait before jumping in.