Shares of the La Croix maker slid as new reports showed its sales continued to decline.

Shares of National Beverage (FIZZ 0.89%) were going flat last month as signs continued to point to its trademark sparkling-water brand La Croix losing market share and sales. The stock got dinged by multiple analyst downgrades as rivals continued to jump into the space. According to data from S&P Global Market Intelligence, shares finished May down 19%.

As the chart below shows, the price declined gradually over the course of the month as investors steadily lost faith in the stock: 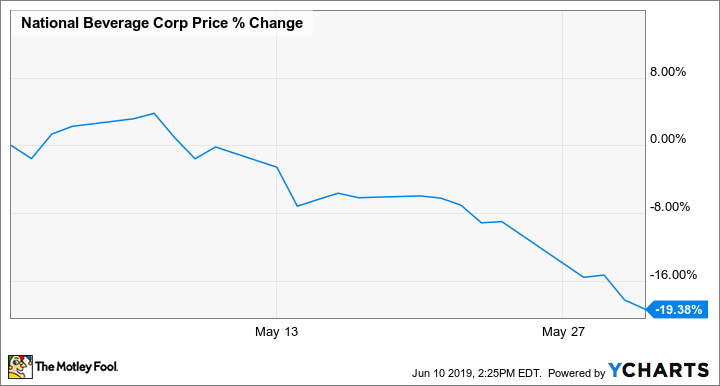 The troubles for National Beverage picked up on May 14 when the stock fell 4.7%, after Jefferies initiated coverage with an underperform rating and a price target of $45, 17.5% below its closing price the day before. Analyst Kevin Grundy cited "significant deceleration" in La Croix's sales, and predicted the company would miss estimates in its latest earnings report. That same day, a report from UBS showed the company losing sales and market share to competition from PepsiCo and Coca-Cola. 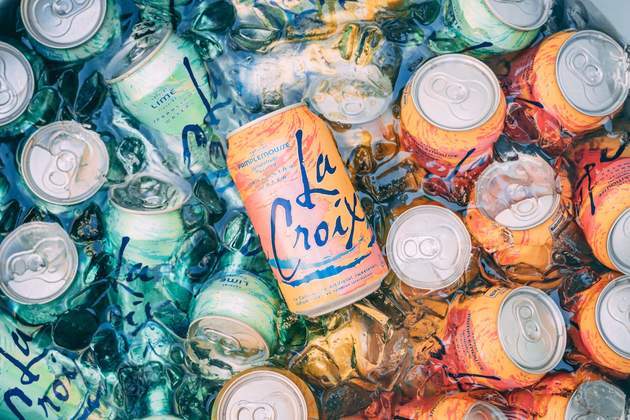 At the end of the month, another analyst issued a similar warning, pushing shares of National Beverage down 7.2%. Guggenheim Securities said sales of the flavored sparkling-water brand were in "free fall," as analyst Laurent Grandet predicted sales wouldn't stabilize until at least next year. He maintained his sell rating and lowered his price target from $45 to $36.

With a number of brands coming out to challenge La Croix's sparkling-water supremacy, including upstarts like Spindrift, and entrenched bottled-water brands like Poland Spring (owned by Nestle) and Aquafina, it's not surprising to see the brand losing market share.

National Beverage shares have now lost nearly two-thirds of their value from their 52-week high last fall, giving up most of the gains the stock made in 2017 when La Croix came into fashion. The sell-off is likely to continue until sales of the key brand at least stabilize. At this point, a recovery in the stock seems unlikely.