Dividend investors looking for a simple way to get diversified exposure to high-yield stocks might be enticed by Vanguard High Dividend Yield ETF (NYSEMKT:VYM) based on its name. But the name of this exchange traded fund (ETF) only provides so much information -- and in this case, not nearly enough for investors to make an educated decision. Here are some key facts you need to know before you buy.

One of the most compelling aspects of ETFs is that they can be a dirt-cheap way to invest. In the case of this ETF, the cost is a scant 0.06% per year. As expense ratios go, that's likely one of the best deals you'll find in the dividend space. 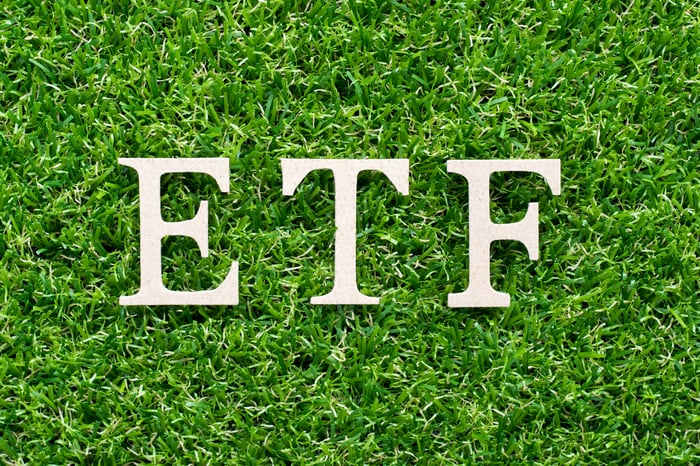 There are a couple of reasons for that. First, competition in the ETF space has become fairly intense, and low cost is a key differentiation point. Second, this ETF is backed by Vanguard, one of the largest asset management companies on the planet. That affords it economies of scale that smaller players lack. Notably, Vanguard also has a very good reputation of putting customers' interests above its own. All in, costs are a positive here.

Investors have had something of a love affair with yield in recent years because of the low-interest-rate environment that has existed since the deep 2007-2009 recession. That's generally led to very strong performance for dividend-focused stocks as investors try to boost their yields by reaching out further on the risk spectrum. Over the trailing 10-year period through May, the Vanguard High Dividend Yield ETF has provided an annualized return of around 13.4%. That's roughly in line with the broader S&P 500 Index.

That said, this ETF has lagged a bit over shorter periods (including the one-, three-, and five-year spans). However, you need to juxtapose that against the risk you are taking on. Over the trailing three-, five-, and 10-year periods, the fund's standard deviation (a measure of absolute volatility) is lower than that of the S&P 500.

Vanguard High Dividend Yield ETF's beta, a measure of relative volatility, is around 0.90 over the trailing five- and 10-year periods. Once again, history has proven this ETF to be less volatile than the S&P 500 Index. To be fair, the differences here aren't huge, but they are enough to suggest that investors with a moderate to conservative bent will be OK with the risk/return trade-off.

3. How about that yield?

Now, that said, this ETF offers a trailing 12-month yield of around 3.2%. Percentage wise, that's a huge increase over the roughly 2% yield that you would get from an S&P 500 Index fund, but it's not exactly a huge yield on an absolute basis. In fact, for many income-focused investors, 3.2% might seem a bit miserly. Indeed, despite the ETF's name, it's probably best to characterize the yield as OK.

4. The devil is in the details

The FTSE All-World High Dividend Yield Index is built by taking all of the dividend-paying stocks in the world and lining them up based on projected yield. Real estate investment trusts (REITs) are specifically excluded because of tax issues (REIT dividends are taxed as income), as are companies where the dividends are not ongoing -- like a company that paid a one-time special dividend that doesn't also have a regular dividend. After this, the index starts adding names from top to bottom until it reaches 50% of the market cap of the entire list. But the stocks are actually weighted by market (more on this below, but this is perhaps the most noteworthy piece of the equation). The list is then updated twice a year.

That is the FTSE index, with the Vanguard ETF consisting of the U.S. portion of the list. The key takeaways here are that the highest-yielding stocks are not necessarily the largest holdings in the fund. The largest market-cap stocks are, which in most markets will have the general impact of lowering the income the fund receives. That's the case because higher market caps are usually afforded to larger, stronger companies -- not the weaker companies that are more likely to have the highest yields.

Yes, the words "high dividend yield" are in the ETF's name, but that's not really the fund's goal. It is using high dividend yields as a screening criteria. What it does after that -- weighting by market cap -- leads to a different yield outcome for the portfolio than you might expect when looking at the name. That's not inherently bad, since weighting by yield could increase exposure to higher-risk names and thus increase the overall risk of the fund. But it does mean that investors are likely to get a lower yield than a different weighting methodology might afford.

Great, if you know what you are buying

All in all, Vanguard High Dividend Yield ETF is a decent choice for investors looking to outsource their stock picking. The risk/return trade-off is reasonable, the approach to portfolio creation is solid, and the costs are really low. But you have to go in understanding that the yield from this ETF probably won't excite you if you are an income-focused investor. It'll be OK, but not exactly "high," as the name suggests.

In fact, if there's one knock against this fund, it is that Vanguard makes finding out the details of the index methodology more difficult than it should be. (You really need to go to the FTSE site to see the details.)

Vanguard is likely just trying to keep things simple for mom-and-pop investors, but the details here matter since the ETF's name and its yield don't match up as well as you might hope.