Facebook hasn't disclosed any sales figures for the Portal yet. But some big price cuts in April, which reduced the Portal's prices by up to 50%, indicates that the speakers aren't flying off the shelves. 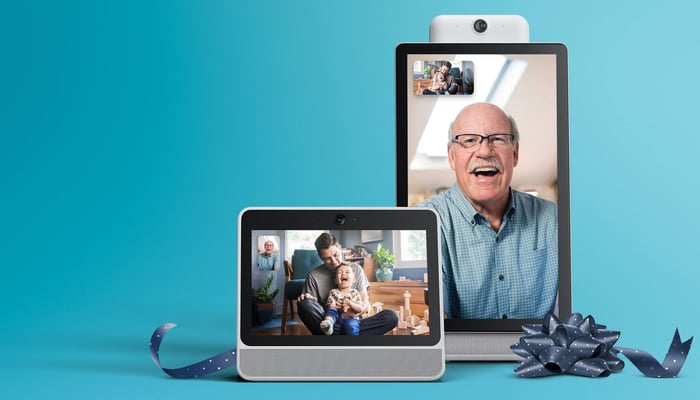 Research firm eMarketer estimates that Amazon will control 63% of the U.S. smart speaker market this year, followed by Google with a 31% share and a 12% share for everyone else. Yet Facebook isn't giving up -- it recently announced that it will launch two new versions of the Portal this fall.

Facebook wants to stay in the smart speaker market for several reasons. First, it extends the reach of its core apps -- Facebook, Instagram, and WhatsApp -- beyond PCs and phones and into homes. Its screens can also be used to play videos and games, ramp up e-commerce services (like its Facebook Live shopping videos), and display more video ads.

It allows Facebook to tether more users to its family of apps, which are accessed by about 2.1 billion users every day. Facebook can then accumulate more data and craft better targeted ads for its core advertising business, which widens its moat against Google and Amazon.

Why Facebook's Portal devices are still destined to fail

Unfortunately, Facebook's new Portal devices probably won't fare much better than the old ones for a few simple reasons. First, Facebook's users simply don't trust the company yet. In a HuffPost/YouGov survey last December, two-thirds of respondents stated that they didn't trust the social network to handle their personal data.

Amazon and Google have too much of a head start in this market, and both companies can leverage the strength of their ecosystems to lock in users. Amazon's Echo and other Alexa-enabled devices are tethered to its e-commerce ecosystem and an expanding universe of third-party services. Google's Home devices pull data from its sprawling ecosystem of services while hosting plenty of third-party apps.

Lastly, Facebook's Portal doesn't use its own virtual assistant. Instead it relies on Alexa, which makes it an extension of Amazon's ecosystem. It also plays media from Amazon and Google -- which arguably hurts its ability to expand first-party services like Facebook Watch.

Facebook is reportedly developing a new virtual assistant for its Portal smart screens and Oculus VR headsets to reduce its dependence on Alexa. But Facebook is also arriving late to that market, which is led by Apple's Siri, Google Assistant, and Alexa. Facebook might bundle its new virtual assistant with its new Portal speakers this fall, but it's doubtful that feature will lure smart speaker users away from Amazon or Google.

Facebook's Oculus and Portal efforts get lots of attention, but the company still generated 99% of its revenues from online ads last quarter. In other words, these efforts won't move the needle for Facebook anytime soon, so investors should focus on its main engines -- like its core social network and Instagram -- instead of side bets like smart speakers.