Please ensure Javascript is enabled for purposes of website accessibility
Log In Help Join The Motley Fool
Free Article Join Over 1 Million Premium Members And Get More In-Depth Stock Guidance and Research
By John Bromels - Jun 17, 2019 at 9:18AM

At this top industrial conglomerate, what you see might be what you get.

Shiny and new. And it's gonna take time. That's what century-old industrial conglomerate General Electric (GE 2.42%) wants you to know about itself, judging by two of its most recent presentations.

New CEO Larry Culp spoke at the Electrical Products Group Conference on May 22, and CFO Jamie Miller spoke at the Deutsche Bank Global Industrials & Materials Summit on June 5. Although the presentation formats were different -- Culp gave a speech and then took questions, while Miller's entire time was spent on Q&A -- the two leaders were very much in sync with their messaging.

Here's the most important thing for investors to take away from these presentations. 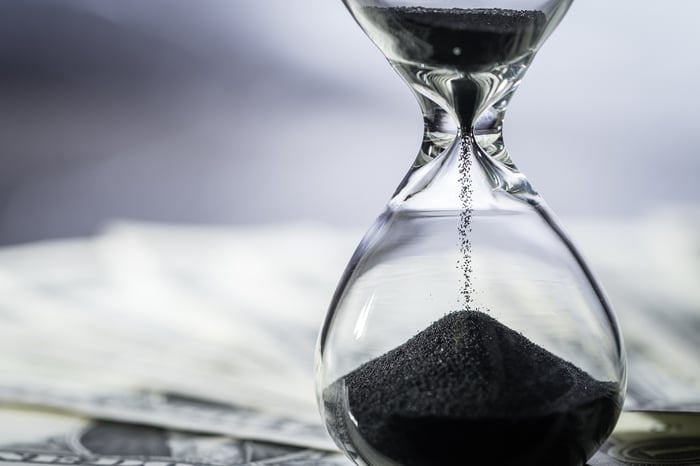 All new and different

Right off the bat, Culp began talking about all the changes being made at GE. He, as usual, mentioned his own newness as a CEO who's just "eight months in." In fact, when a questioner referred to his tenure as "nine months," Culp quipped, "Almost eight. But who's counting?"

He also talked about how many other new faces there are in the upper echelons of GE:

I was [part of] a boardroom of 18 when I joined the Board a little over a year ago, but today it's just ten of us. Five of us have been there less than a year. You include Ed Garden from Trian, six of us have been there for less than two [years]. So, a lot of new blood, a lot of fresh perspective. ... If you look at my ten operating reports -- my ten direct reports -- five are either new to the company or new in their role. So there's been a lot of change there and other changes throughout the organization.

For her part, Miller talked up Culp's leadership, with an emphasis on -- you guessed it! -- his newness:

Given how poorly GE has performed in the past under longtime GE insiders like former CEOs Jeff Immelt and John Flannery, it's not surprising that Culp and Miller play up how much they're focusing on organizational transformation at every opportunity.

But there's one important transformation that actually seems to be happening.

No makeup, no smoke, no mirrors

One big transformation that Culp has brought to GE is the lack of sugarcoating results. When Q1's industrial free cash flow came in better than expected, there was a lot of speculation that maybe the company was turning the corner faster than anticipated. But Culp and Miller threw cold water on that idea from the get-go, explaining that the discrepancy was largely due to timing of certain orders that were expected for Q2 but came in during Q1.

Hopeful investors, though, have continued to raise the question, to which Miller responded in her presentation:

Well, I mean, one quarter doesn't a year make. And we talked before about the fact that we're in the middle of a multi-year transformation. When we set the plan, we really tried to base it in reality, and we still believe our [prior 2019 full-year estimate of] zero to negative two [billion dollars] is reality. ... So when we look at first quarter, first you have to take it in the context of the full year and of the plan. And then as I compare it, for example, to second quarter, we are seeing the timing stuff shifting back through...

Similarly, however, Miller is also rejecting the notion that the company's 2020 projections are overly optimistic. Moderator Nicole Sheree DeBlase brought this up as well:

DeBlase: [H]ow do we think about the level of conviction of taking the zero to negative two [billion dollar industrial free cash flow] this year and flipping to positive in 2020? What are some of those key variables that are driving that move from, let's say, negative $1 billion this year at the midpoint to a positive free cash flow result next year?

Miller: Yes. ... So, first, we had significantly negative cash flow at Power last year, and we will have negative cash flow again at Power this year. And when you look at Power, there's significant restructuring we're doing. There are significant things we call "inheritance tax": either legacy holdover liabilities from the Alstom acquisition [or] other contracts that ... were not properly underwritten. So, [for] Power, when you look at that progression, it's a story of better operating margin performance through running the business better ... but it's also the runoff of some of these other items.

In other words, the message GE's management is sending is "Don't try to second-guess the projections on the upside or the downside."

At a company that's had big transparency issues in the past, Culp and Miller seem to be walking the walk as well as talking the talk. As a result, as you might expect, there were no major bombshells in either presentation. Culp likes to name-drop the various cities where he's had meetings ("Evendale, outside of Cincinnati," "Atlanta," "Pensacola," "down in Memphis") to emphasize that he's engaging with all facets of the organization. Miller has a laudable habit of backing up her opinions with a lot of data points.

The big takeaway is that it seems unlikely that there's some trove of hidden value at GE that's going to result in a short-term stock pop. Investors should be aware that they're likely in for a long, hard slog as Culp and Miller try to turn this titan around.