The U.S. aerospace giant received an impressive vote of confidence in its troubled Boeing 737 MAX family from one of the largest airline groups in the world.

One thing all of those carriers have in common is that they operate Airbus A320 family jets. While some of them used to operate prior-generation Boeing 737s, IAG's airlines don't have any Boeing 737s in their current fleets. 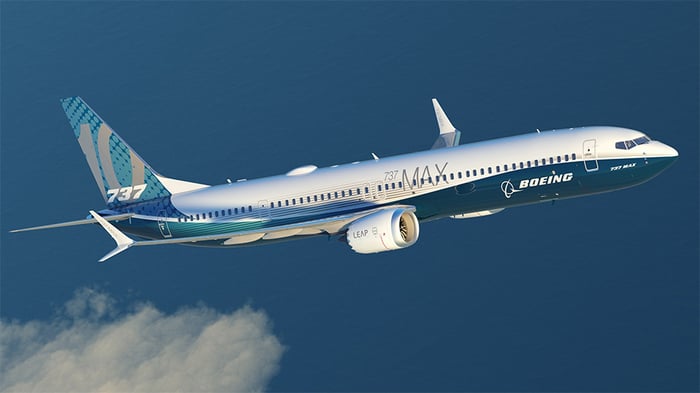 This made the company's decision to buy 737 MAX jets all the more shocking. It would have been easy to stick with Airbus' upgraded A320neo family, both to simplify pilot training and to avoid customer unease about the Boeing 737 MAX. Instead, IAG has decided to tackle the complexity of adding another fleet type to the mix, with Boeing's single-aisle jet set to become a major part of the fleet at some of its subsidiaries. (IAG will continue to operate a large number of current-generation A320 family aircraft and also has some orders for A320neo family jets.)

The Boeing-IAG deal is just a letter of intent at this point, not a firm order. But IAG is a large, reputable company. As long as Boeing gets the 737 MAX back in the air later this year, there is little risk that this order will fall through.

The 787 Dreamliner was Boeing's best-selling aircraft family in the first five months of 2019, with 28 net firm orders, including a 20-aircraft deal with Lufthansa. Prior to announcing the IAG order, Boeing reeled in a pair of new deals for this popular widebody aircraft family. 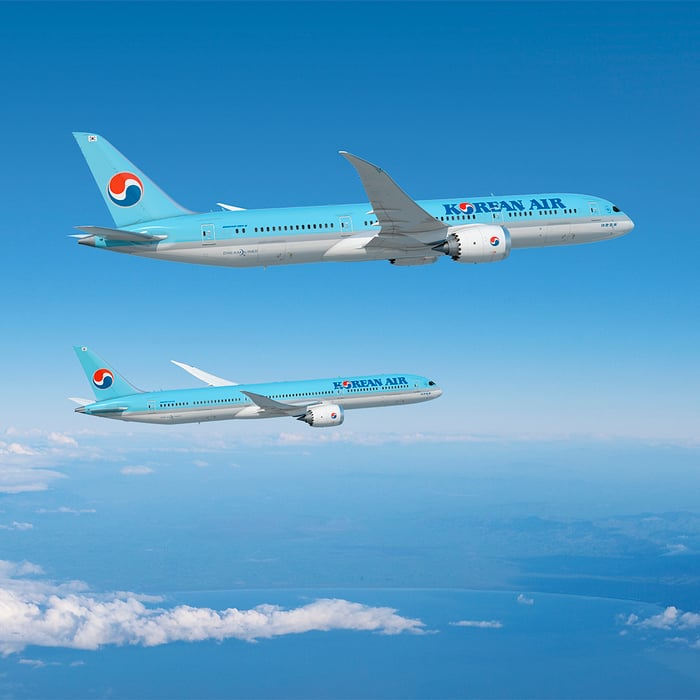 First, Korean Air Lines made a commitment to quadruple the size of its 787 fleet from 10 aircraft today to 40 in the future. The airline plans to order 20 additional Dreamliners from Boeing, split evenly between the 787-9 and 787-10 models. It will also lease another 10 787-10s from Air Lease.

This order will significantly increase Boeing's share of the Korean Air Lines widebody fleet. While the airline did not specify its plans for the new 787s, it's likely that some will be used for growth and some will replace the carrier's older A330s. (Of Korean's 29 A330s, 18 were built between 1997 and 2003 and will be ripe for replacement a few years from now.)

Second, Boeing received a separate commitment for five additional 787-9s from Air Lease. When these two orders are finalized, they will boost Boeing's 2019 net order total for the 787 family to 53 aircraft. Still, the U.S. aerospace giant will need many more such orders to sustain its current 787 production pace of 14 per month for any length of time.

In announcing the IAG order, Boeing noted, "IAG CEO Willie Walsh has said the group would consider the 737 MAX as part of diversifying its future fleet to spur competition." Indeed, given the hurdles to winning this order, it's likely that Boeing offered IAG massive discounts on the 737 MAX.

Thus, this particular sale may come with an unusually low profit margin. However, it's a masterstroke for Boeing. Winning a huge order from one of the world's leading airline groups before the Boeing 737 MAX has even returned to service could go a long way in reassuring other airlines and restarting the flow of 737 MAX orders. If this gambit succeeds, it could pave the way for more than a decade of strong profits from the Boeing 737 MAX program.