Dish Network wants more spectrum, and selling it some assets might be the best option for getting a government OK.

Dish Network (DISH -3.33%) is reportedly interested in buying assets from Sprint (S) and T-Mobile (TMUS -1.20%) to help them gain approval from the Justice Department for their $26 billion merger. The two wireless carriers have already agreed to sell off Sprint's prepaid brand, Boost Mobile, in an effort to win approval from the FCC. The DOJ wants additional concessions in order to establish a fourth wireless competitor, and it would prefer to keep Boost Mobile and other divested assets like spectrum licenses together.

Dish Network is a good fit for any additional wireless spectrum, and it's willing to pay for the Boost brand, too. It's in talks to pay $6 billion for Boost and additional spectrum licenses, as well as assets T-Mobile and Sprint are offloading to gain approval for their merger, according to a Tuesday report from Bloomberg. Boost was previously valued at about $3 billion, so the additional concessions Sprint and T-Mobile are considering are quite substantial. 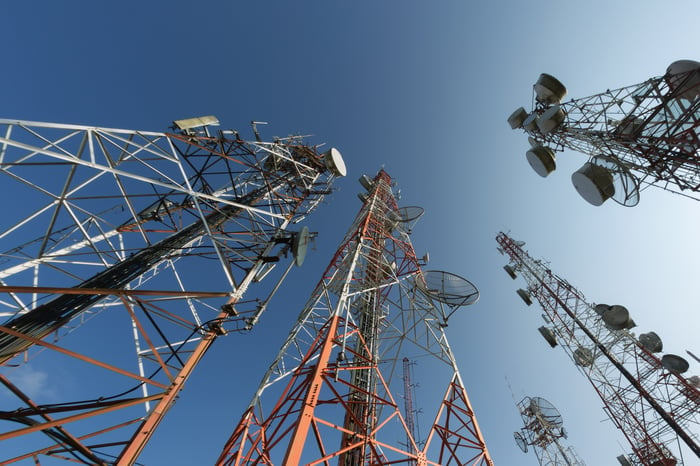 Adding to the stockpile of spectrum

Dish has been stockpiling wireless spectrum since 2011, cutting deals with the FCC, and it's become very creative with how it has acquired spectrum licenses over the past few years. Dish's antics have even gotten it in trouble with the agency, and it faces an impending deadline to deploy some of its spectrum holdings, or the FCC could reclaim them. In fact, Dish is at risk of losing about $35 billion worth of spectrum licenses.

So, $6 billion is a good investment for Dish if it means it can keep its current spectrum holdings. The company originally opposed the Sprint and T-Mobile merger because it saw one of the wireless carriers as a potential partner for leasing or selling its spectrum and getting value out of its holdings.

Acquiring an established wireless brand, some additional spectrum, and some other assets to help deploy that spectrum provides Dish a nice path to make use of all its spectrum holdings. The FCC may even be willing to give Dish an extension on its deadlines if it can show progress in the wireless market.

Is it worth it for T-Mobile and Sprint?

One of the big factors in T-Mobile's and Sprint's decision to merge their businesses is the value of their combined spectrum holdings. The combined company plans to use those holdings to deploy a fast 5G network with broad coverage. Additionally, it would offer home broadband service to about half the population by relying on excess network capacity afforded by the vast spectrum holdings it would have.

Giving up around $3 billion worth of spectrum licenses could put a dent in the combined company's plans. It's hard to tell without knowing exactly what Sprint and T-Mobile would have to give up. Sprint has plenty of unused high-band spectrum, but the two companies may hold their low-band spectrum closer.

Dish's existing spectrum holdings give both parties an advantage over other buyers. Dish can make do with pretty much whatever spectrum the carriers are willing to part with, which means T-Mobile and Sprint can be more selective with their license divestitures while still appeasing the DOJ.

Getting a deal done with Dish with the condition of the merger's approval would likely still allow the combined company to execute its plans for a 5G network and home broadband service. The company would also have the scale in its customer base that would enable it to truly compete with the bigger wireless companies while showing investors strong profits. It's worth it for all three companies to get a deal done.